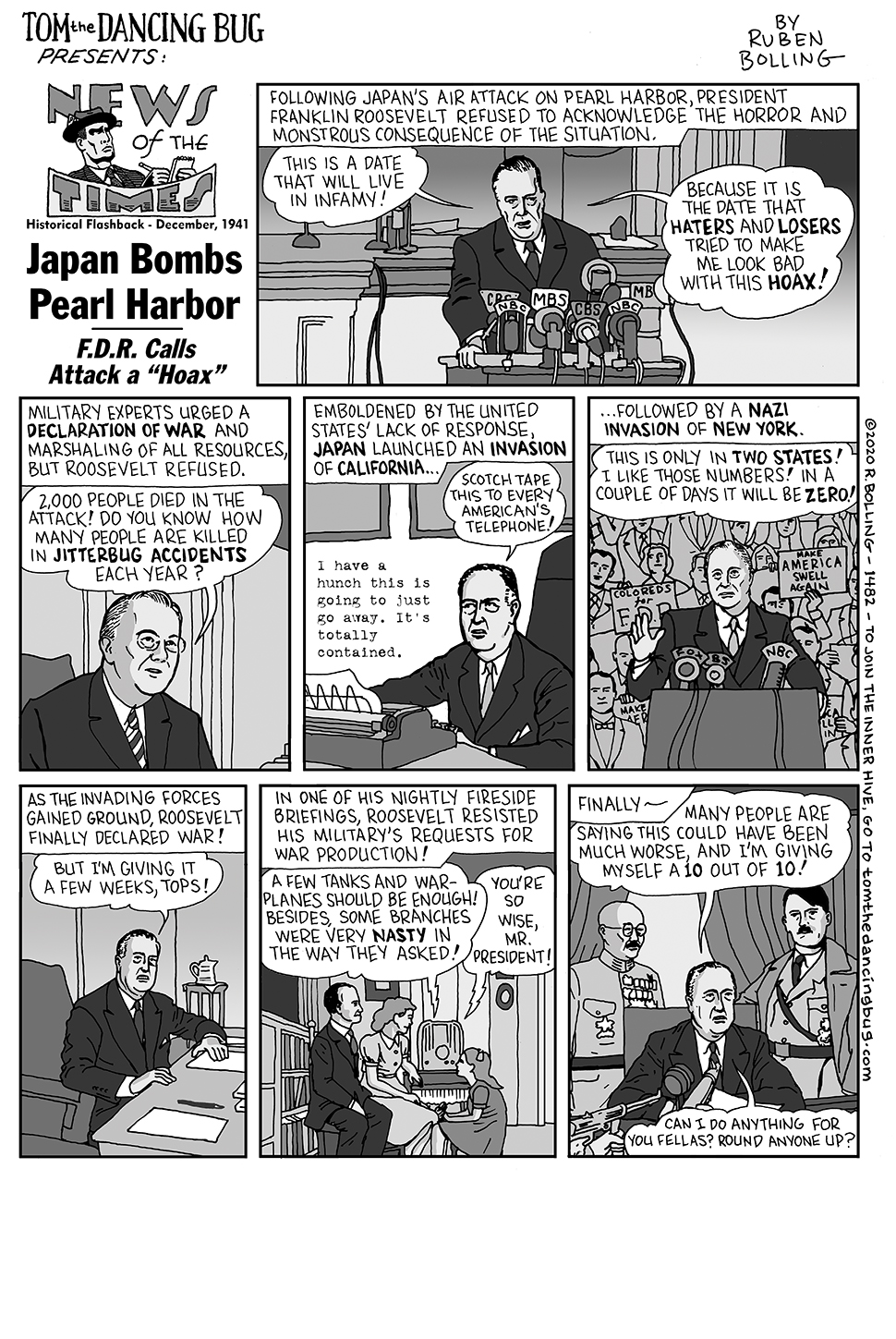 Tom the Dancing Bug, IN WHICH a historical "News of the Times" reports F.D.R.'s dismissal of the Pearl Harbor attack as a hoax

Announcing TWO Tom the Dancing Bug books coming in May from Clover Press, in celebration of the comic's upcoming 30th anniversary--> Tom the Dancing Bug: Into the Trumpverse, and The Super-Fun-Pak Comix Reader. Information about the books, including how to pre-order, and special offers here.

"I am a HUGE fan of Tom the Dancing Bug! It makes me laugh and think of course but it makes me feel better. No kidding, I read it and I think, someone else thinks like me, only funnier and better informed and I feel good. Thank you Ruben Bolling for giving us Tom The Dancing Bug. (Can't decide whether to capitalize 'the')."
-Gary Gulman