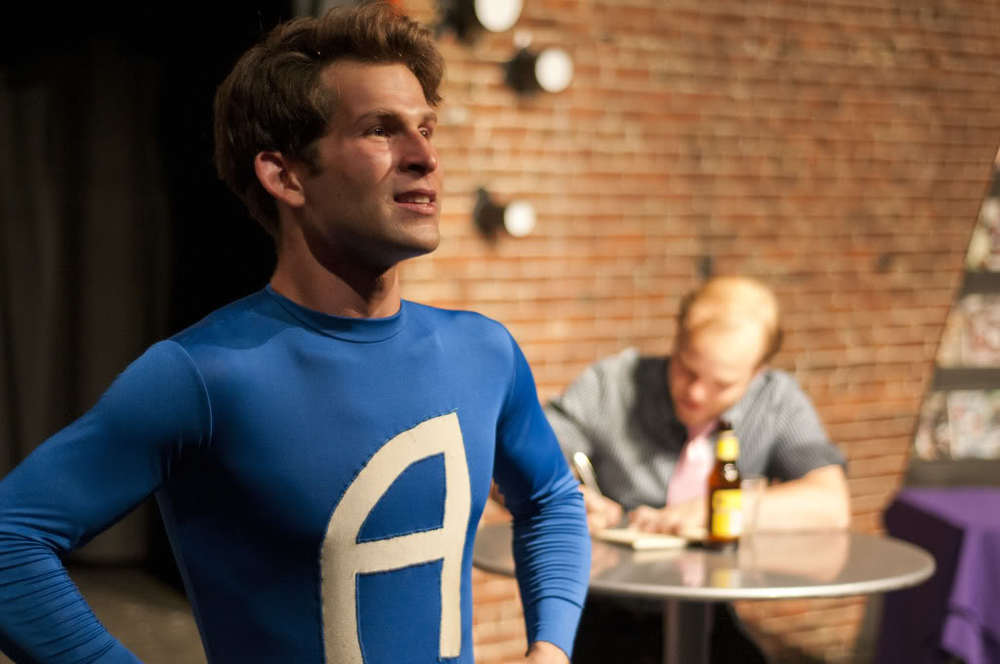 It's the weekend of the big annual comic book convention, and Chad Mailer is a young professional comic book writer who hit his career peak five years ago with a series that he never actually finished, and he now wishes to re-ignite his career. Desperate for one last chance to prove himself to the world, Chad reaches out to Ted Thompson, a newly-divorced comic book editor with whom Chad previously worked. Ted has recently begun a new relationship with a young woman named Chloe Long, whom he met playing video games on the internet, and the two have decided to meet in person for the first time at the comic book convention as well. Meanwhile, Chad must contend with the constant heckling of Billy Horowitz, a belligerent comic book fan and self-proclaimed rogue cyborg video blogger, who is determined to destroy Chad's career because he really didn't like that one issue of Wolverine that Chad wrote that one time, and Billy's (incredibly reluctant) best friend / sidekick Calvin Elder, a closeted young comic book artist who longs to become a real-life superhero. Chad also attempts to reconcile his relationship with Kt Watts, his former creative partner -- and possibly more -- whom he has not seen in five years and whose career has now eclipsed his own.

But mostly it's about the Cyborg Head of Stan Lee.

The Cyborg Head of a Stan Lee, a moving mechanical theatre prop designed by Peter Moriarty