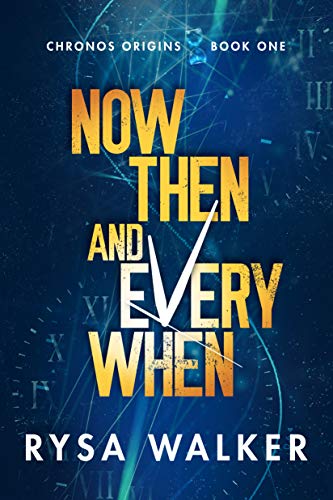 If you enjoyed Rysa Walker's Chronos Files, you'll love Now, Then and Everywhen.

Walker digs into deep into the backstory of her fantastic time travel series, expands greatly on the world-building and time-physics, and adds a few great characters. She also colors in the backstory that fueled the original series.

I really enjoyed Walker's YA time travel series the Chronos Files. Tough women correct the wrongs of a pretty crappy mean old man attempting to create his own Time Cult. A bit Scooby-Doo, but with excellent world-building and characters I both cared about and remember years later, this entire series is worth a binge-read.

The new book shares a lot about the birth of time travel in Walker's world, and how it works, with a fantastic adventure introducing new, wonderful characters. This isn't just more of the Chronos Files, the stories get better and better.

Now, Then, and Everywhen (Chronos Origins Book 1) via Amazon