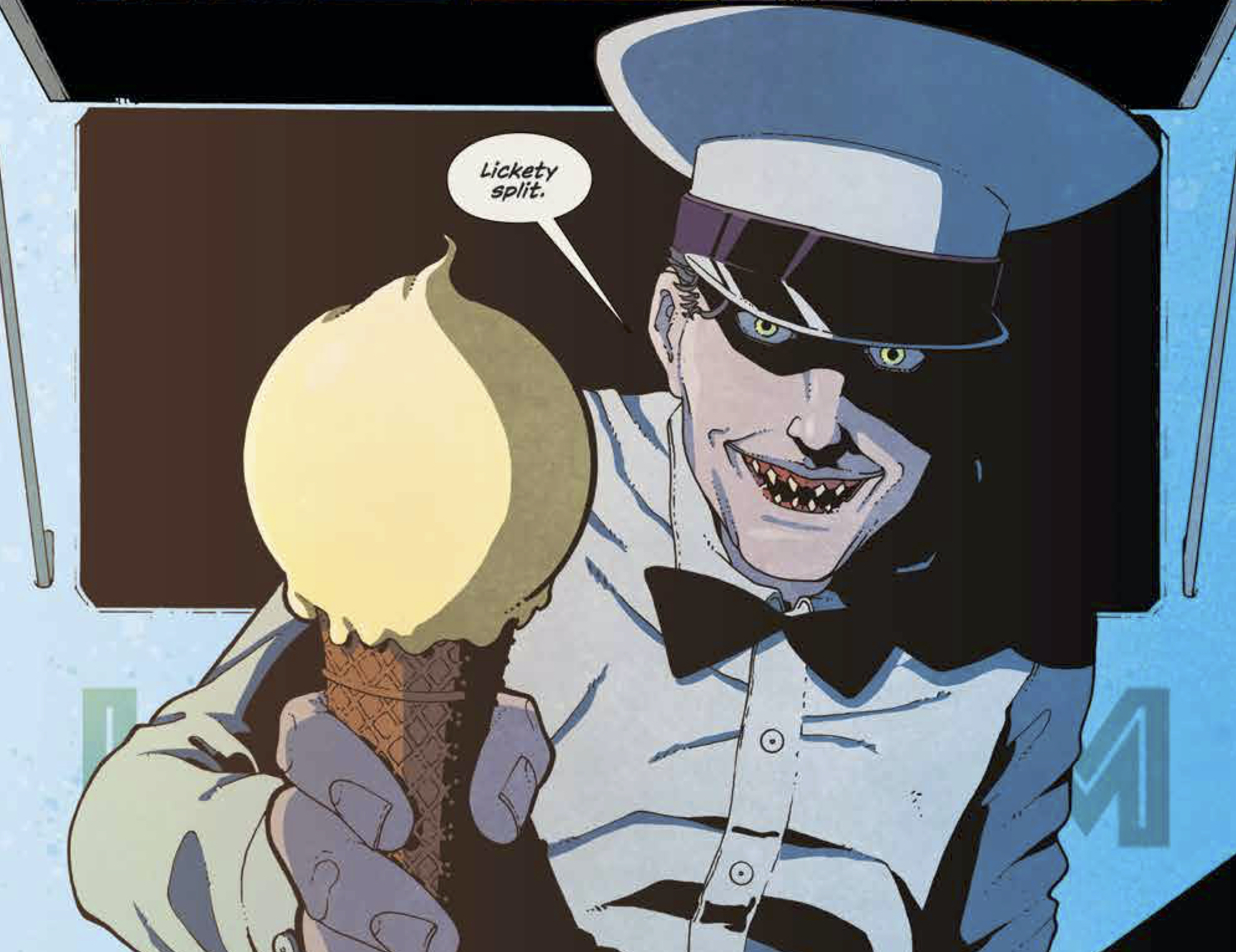 Ice Cream Man is one of the comic books I most look forward to every month. Written by W. Maxwell Prince with art by Martín Morazzo and Chris O'Halloran, it's basically a horror anthology that mines the existential depths of suburban ennui. And all of it, or some of it, may tie back to the Ice Cream Man, who might be a demon, or a God, or maybe it's all in your head. Each issue is a done-in-one, focusing on a new and different character (although there are some subtle connections between them), and many of them take hyper-stylized approaches to graphic storytelling — an entire issue written and drawn as a palindrome, for example; and another one where an incident with Neapolitan ice cream bar creates 3 splintering timelines, shaded in chocolate, vanilla, and strawberry (A Vulture review compared this issue to "Sliding Doors, but terrifying," which is accurate).

Unfortunately, the comic book industry is now indefinitely on hold thanks to the coronavirus pandemic (an invisible existential horror which would actually be right home in an issue of Ice Cream Man).

But now the creators of Ice Cream Man have launched Quarantine Comix, a digital-only collection of short comics in Ice Cream Man continuity that they'll release online once or twice a week. There's more:

Half of profits go to the Book Industry Charitable Foundation (BINC), which supports struggling booksellers. This includes local Comic Book Shops, who are facing unprecedented financial hardship after the closure of many of their stores, the temporary shuttering of their distribution system, and the non-operation of pretty much every paper printer in the country. (To wit: there’s no way to release new comics into stores right now—the entire industry is essentially on pause.)

Comic Book Shops are essential to the future of this kooky little medium— creators of all stripes rely on them to get their art into the hands of interested readers.

So here we are, trying our best to help in a small way.

If you're looking for some fantastic horror that revels in its artistry without being self-indulgent, check out Quarantine Comix, or try to find the collections of Ice Cream Man at your local book or comic shop, or at Comixology. You can also read the entire first issue online for free. Honestly I need more people to talk to about it, so you'd be doing me a favor, too.