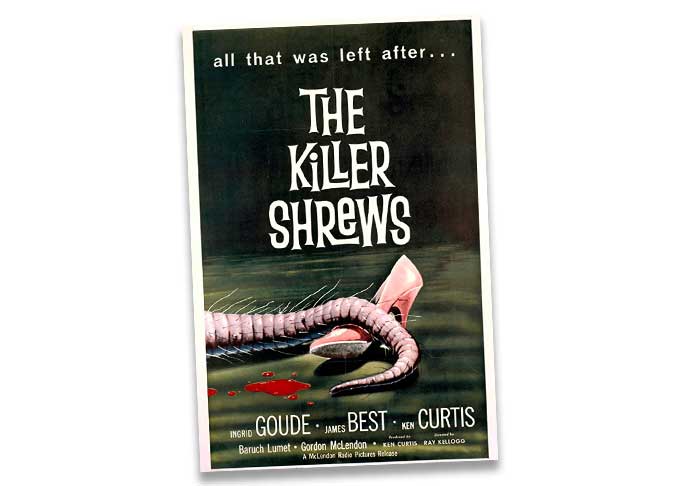 Voleflix is like a free Netflix, but it has a nice selection of public domain movies. I was happy to see The Killer Shrews in the line-up. I liked that movie so much as a kid that I bought a super-8 abridged version of the movie that was silent and ran for about 4 minutes.