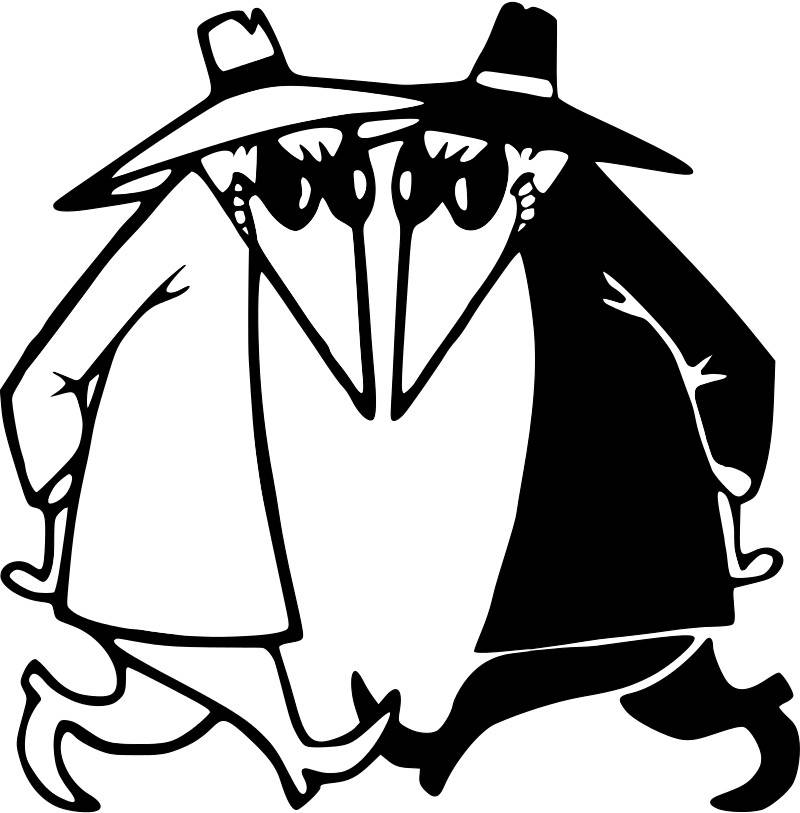 A Huffington Post investigation out today lays out even more evidence of facial surveillance tech company Clearview AI's ties to the alt-right.

My latest investigation is about Clearview AI, a secretive facial recognition company. Lots of privacy concerns. Even scarier: Clearview has ties to the alt-right and even had far-right extremists working for it until I reached out to them two weeks ago.https://t.co/4Z0GUzYaQ3

“Clearview has contracts with Immigration and Customs Enforcement and the U.S. Attorney’s Office for the Southern District of New York, BuzzFeed reported earlier this year, and FBI agents, members of Customs and Border Protection, and hundreds of police officers at departments nationwide are among its users,” reports HuffPo's Luke O’Brien:

Exclusive documents obtained by HuffPost reveal that [Clearview’s CEO and co-founder, Cam-Hoan Ton-That] as well as several people who have done work for the company, have deep, longstanding ties to far-right extremists. Some members of this alt-right cabal went on to work for Ton-That. Clearview stated that it had immediately parted ways with some of these people when HuffPost reached out for comment for this story, but the pervasive links between the company and the alt-right can’t be simply dismissed as a few bad apples.

(...)
[By 2015, Ton-That] had joined forces with far-right subversives working to install Trump as president. They included Mike Cernovich, a Trump-affiliated propagandist who spearheaded the near-deadly Pizzagate disinformation campaign; Andrew “weev” Auernheimer, a neo-Nazi hacker and the webmaster for The Daily Stormer; and Pax Dickinson, the racist former chief technology officer of Business Insider who went on to march with neo-Nazis in Charlottesville, Virginia.

In this far-right clique, two of Ton-That’s associates loomed larger than most thanks to their close connection to billionaire Peter Thiel, a Facebook board member and Trump adviser: Jeff Giesea, a Thiel protégé and secret funder of alt-right causes, and Charles “Chuck” Johnson, a former Breitbart writer and far-right extremist who reportedly coordinated lawfare against media organizations with Thiel. And according to new documents obtained by HuffPost, Johnson appears to have received funding from Thiel for a startup that the Southern Poverty Law Center would label a “white nationalist hate group.” (Johnson has filed suit against HuffPost in Texas over a January 2019 article about his visits to members of Congress to discuss “DNA sequencing.”)

People involved with Clearview appear to have gone to great lengths to conceal their links to the company and each other. Johnson, for instance, does not appear on any of the incorporation documents and has left little public trace of his association with Ton-That beyond a Facebook post. But multiple far-right sources who know Johnson told HuffPost that he and Ton-That were in close contact at least as early as 2016, and that Johnson told them he was working with Ton-That on facial recognition.

Johnson told one source late that year that he viewed the technology as a way to potentially “identify every illegal alien in the country.” In early 2017, Johnson introduced Ton-That to another source, saying he was a gifted coder he’d hired to build the facial recognition tool. Around the same time, Johnson stated on Facebook that he was “building algorithms to ID all the illegal immigrants for the deportation squads.”

Video and private messages obtained by HuffPost confirm that Johnson and Ton-That were collaborating on far-right schemes in 2016; by early 2017 at the latest, they were in contact about scraping social media platforms for the facial recognition business. At least two people who worked for Johnson took jobs with and worked for Clearview until late March, when the company claims to have severed ties with them after HuffPost reached out with questions.

Thiel himself has an obvious interest in mass surveillance: Palantir, his data-mining behemoth, aggregates enormous amounts of personal information about immigrants and undocumented workers, and it provides the analytical tools for ICE raids. In 2017, Thiel became one of Clearview’s earliest investors. He did not respond to questions sent to him and his spokesperson.