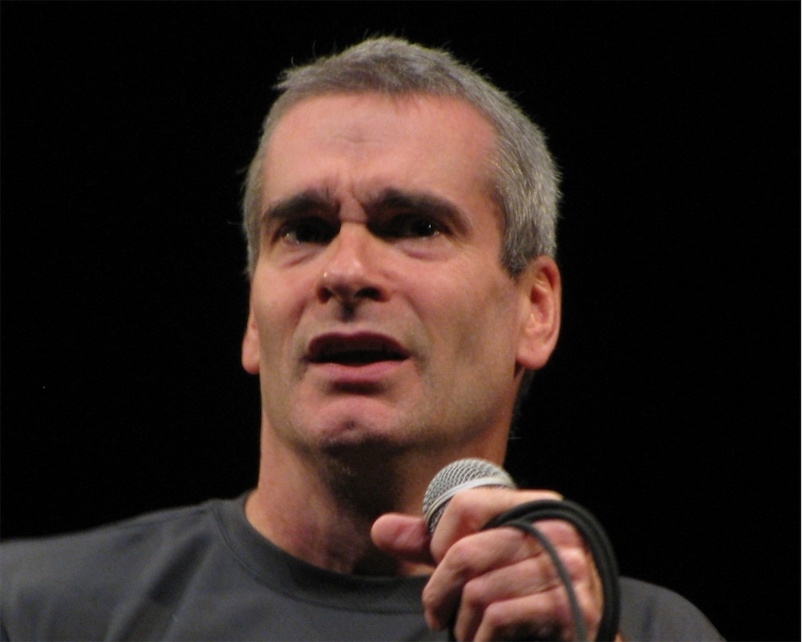 Henry Rollins, the hardest working punk in show business, has launched a new long-form streaming radio show via KCRW in Los Angeles! The four-hour first episode of The Cool Quarantine features tunes from Rollins's massive vinyl and cassette collection punctuated with personal stories about the artists. And as we all know, Rollins really knows how to spin a yarn. From Rolling Stone:

The debut episode, which runs four hours, features a story about Rollins and his pal, Minor Threat and Fugazi frontman Ian MacKaye, seeing Led Zeppelin in 1977 — along with bootleg audio from the concert and a bootleg MacKaye made of the Cramps. Rollins also shares stories about the early days of MacKaye’s Dischord Records — which put out Rollins’ first seven-inch with S.O.A. — and his time in Black Flag.

“For many years, I’ve had this idea for a long-form show,” Rollins said in a statement. “I mean really long-form. Like hours. To do it terrestrially would be difficult because I would be crowding other shows out. But if it was online, hey. It’s as many songs as I want, language issues are not a factor, and if anyone gets bored, they can just turn it off or mark the time they checked out and resume later.”

“The idea is that you’re in your room and Engineer X and I come over with a bunch of records,” he continued. “We play you songs, I tell you stories and we do time together. Now that many of us are under some kind of confinement, we might as well get some good listening happening. Let’s go long! It’s kind of like the show we do on Sundays [on KCRW] but without time constraints or worrying about FCC compliance. It’s an extra slice of pizza. It will be completely indulgent. Fanatic, of course, and hopefully, as Iggy Pop, the Undisputed Heavyweight Champion of Rock & Roll says, ‘a real cool time.'”