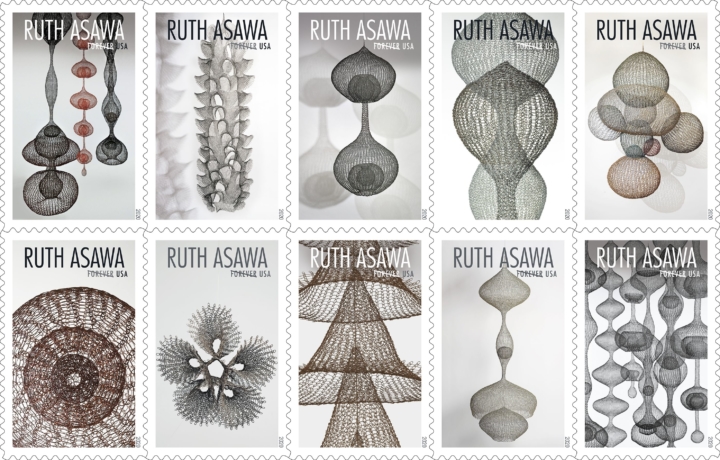 Sadly, USPS hasn't revealed the release date just yet. So, instead, I'll just be over here clicking "refresh."

Showcasing Asawa’s wire sculptures, the pane includes 20 stamps, with two each of 10 designs, featuring photographs by Dan Bradica and Laurence Cuneo. The selvage features a photograph of Asawa taken by Nat Farbman in 1954 for Life magazine. Ethel Kessler served as art director and designer.