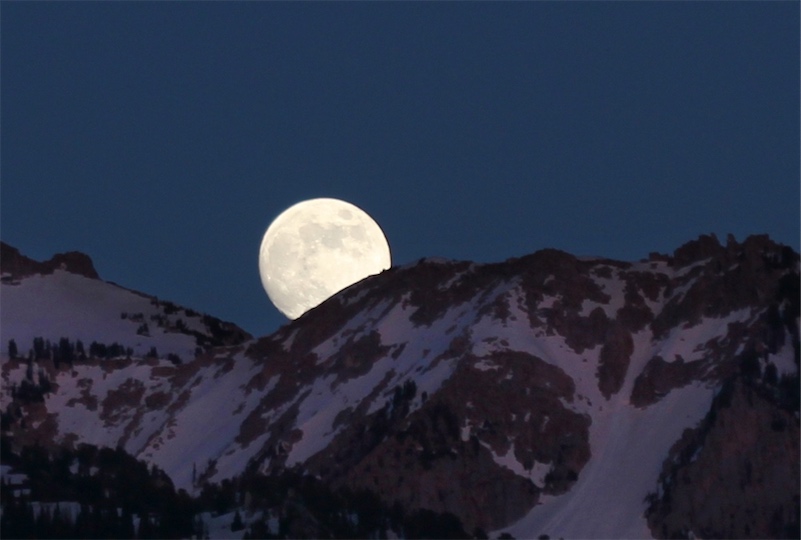 The term "supermoon" was coined by the astrologer Richard Nolle in 1979 and refers to either a new or full Moon that occurs within 90% of perigee, its closest approach to Earth in a given orbit. Under this definition, in a typical year there can be 3 or 4 full Supermoons in a row and (about half a year apart) 3 or 4 new Supermoons in a row. In practice, what catches the public's attention are the full Moons that appear biggest and brightest each year. For 2020, the four full Moons from February to May meet this 90% threshold, with the full Moons in March and April nearly tied in size and brightness. This full Moon will be slightly closer to the Earth (about 0.1%) than the March full Moon was, so this will be the "most super" of the full supermoons this year.