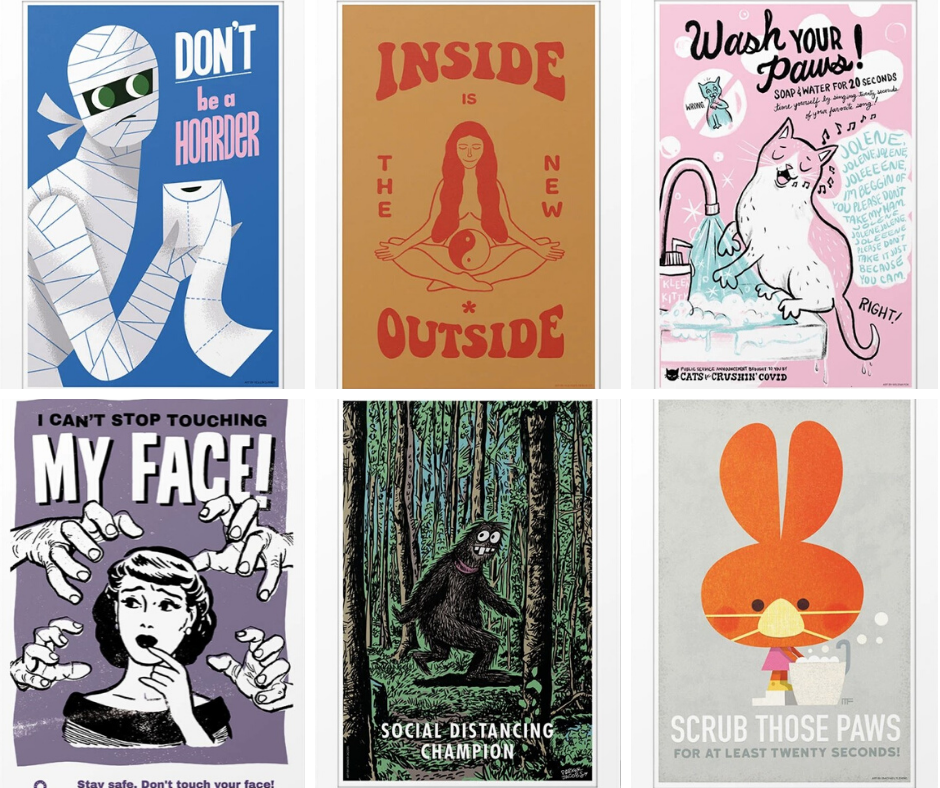 EraseCOVID is what happens when creative folks work together for the greater good. A fantastic gang of artists and designers (including Ruben Bolling) have joined forces to create some really terrific "Public Safety Art," which is all available to purchase as posters, greeting cards, and more! Proceeds benefit chosen charity MusiCares, the artists, and the ongoing work of EraseCOVID.

The art is aces — I've already spent $50 there today. One awesome thing to note: If you buy a "single poster set" ($30), you actually get TEN posters! They encourage you to share.