Manhattan cathedral has been converted into a field hospital 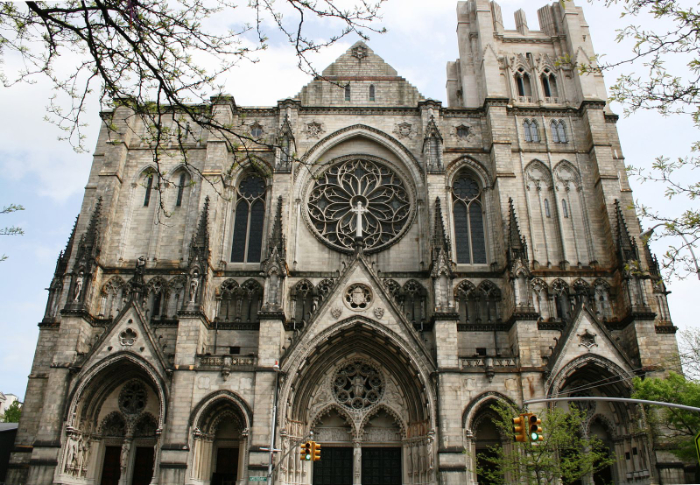 While the separation of church and state is typically the way we prefer to roll in much of the western world, it seems that in times of tragedy their collision in unavoidable. According to The New York Times, Manhattan's Cathedral Church of St. John the Divine is preparing to do duty as a coronavirus field hospital.

The cathedral, which describes itself as the largest Gothic cathedral in the world, said on Monday that its 600-foot-long nave and equally large subterranean crypt would be turned into an emergency hospital as part of the fight against the pandemic.

Nine climate-controlled medical tents capable of holding a total of at least 200 patients will be erected inside the cathedral by the end of the week, said the Rt. Rev. Clifton Daniel III, the dean of the cathedral.

The crypt, which is primarily accessible via a series of winding staircases, will be used as “a staging area” for medical personnel, he said. It is the first time the cathedral, which is the seat of the Episcopal Diocese of New York, will have been used for such a task, he said.

It's a decidedly old school move: in times of plague, war and other massive humanitarian disasters, religious structures across a wide variety of faiths have been used to treat the sick and shelter them from harm.

It's expected that patients will begin to be sent to the cathedral within the next week, if not sooner. Personnel from Mount Sinai Morningside Hospital which, for those unfamiliar with Manhattan, is located right next to the cathedral, will be staffing the field hospital once it's in operation.