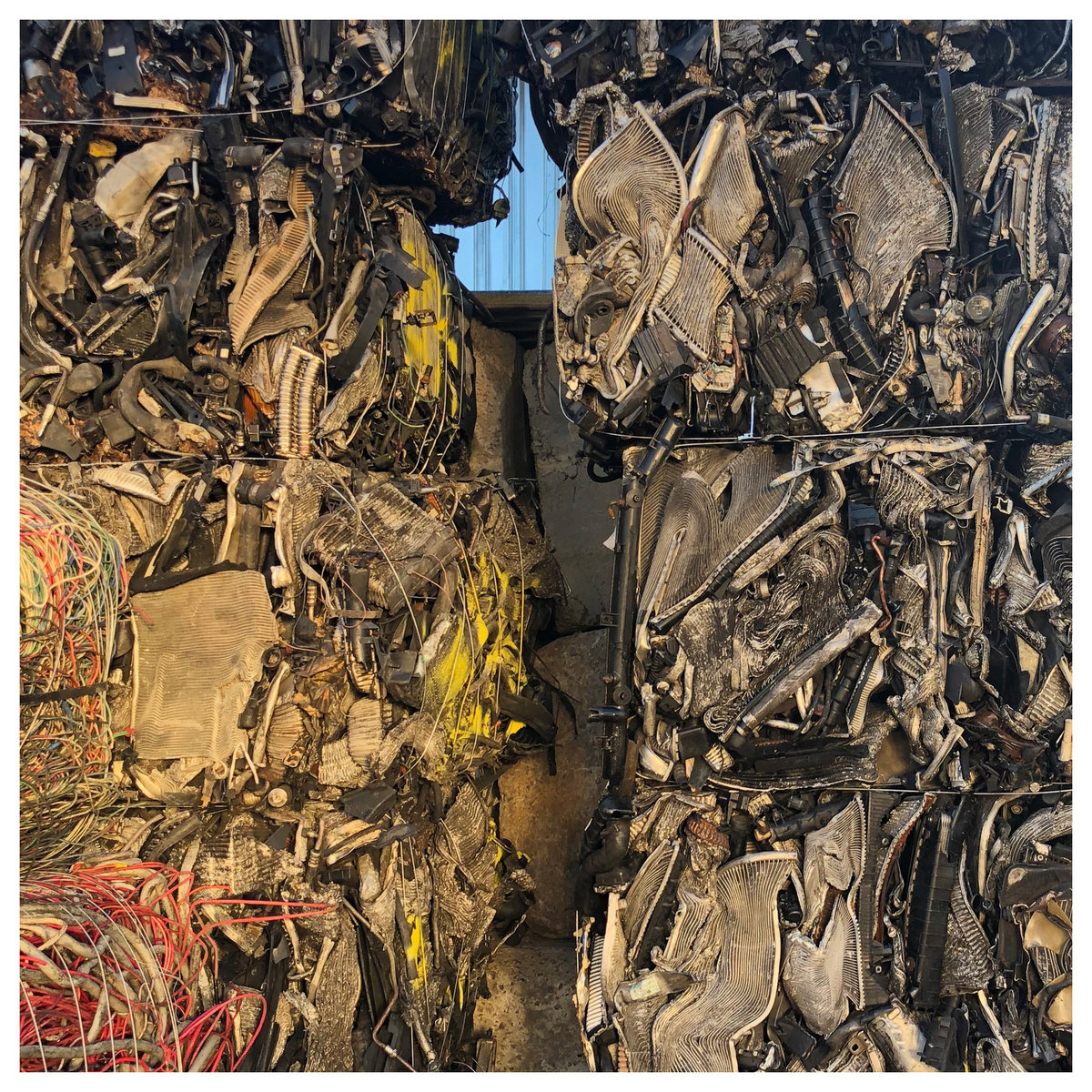 Noah Wall, the artist and musician responsible for the highly-recommended Grotesque Tables II (and who has collaborated with David Byrne, St. Vincent, David Lynch, Maya Lin, and many others) wrote to tell us about his most recent project, an EP entitled Alloys.

Like so many, I’ve been inside my apartment for almost a month, handling anything from outside with newfound prudence. But recently I was in the open, manipulating and resonating foreign objects with hands and mallets and microphones. The result is a new project called Alloys.

Each of the ten songs is an audio portrait of an everyday public structure in New York. Made entirely of sounds derived from these structures, my subjects include bridges, an outdoor gymnasium, parks, playgrounds, piers, statues, an abandoned fairground, and a library bench.

I recorded with high-definition contact microphones that capture sound waves moving through solid material (as opposed to through air which is how most microphones work). In addition to my own interventions, many structures were resonating due to environmental factors like being ridden over, leaned on, rained on, and generally blown about.

Edited and arranged into ten compositions, Alloys is a rezoning of sound from public to private structures. All proceeds go to the NYC Low-Income Artist/Freelancer Relief Fund whose mission is to “provide support for low-income, BIPOC, trans/GNC/NB/Queer artists and freelancers whose livelihoods are being affected by this pandemic in NYC.”

You can listen to and buy the digital album on Bandcamp.