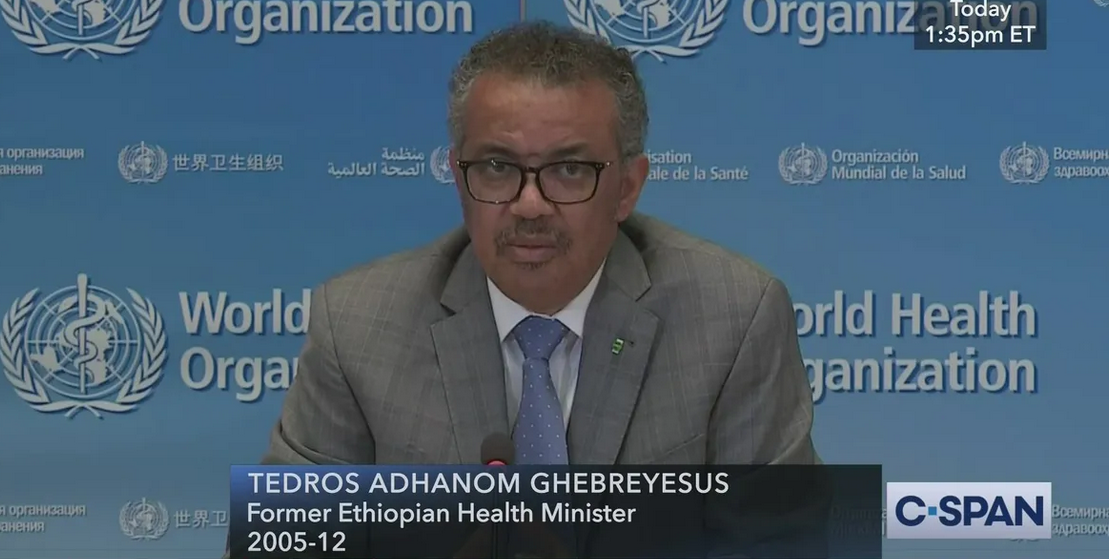 “We will have many body bags in front of us if we don’t behave,” Dr. Tedros added.

From Jon Cohen's story for ScienceInsider:

Tedros also indirectly addressed Trump’s criticisms of China’s early handling of the pandemic and claims that WHO is too accommodating to the Chinese government. “The United States and China should come together and fight this dangerous enemy,” he said, urging politicians not to exploit global political differences. “It’s like playing with fire,” he said. “When there are cracks at national level and global level that’s when the virus succeeds. For God’s sake, we have lost more than 60,000 citizens of the world.”

WHO will be reviewing its strengths and weaknesses in its pandemic response, Tedros added. He stressed there were many unknowns when the outbreak surfaced—and that many unknowns remain. “We shouldn’t waste time pointing fingers,” he said. “Unity is the only option to defeat this virus. If you don’t believe in unity and don’t do unity, please prepare for the worst to come.”

Tedros’s remarks come 1 day after Trump, speaking at a White House Coronavirus Taskforce press conference, threatened to cut funding to WHO. “We’re going to put a very powerful hold on it,” Trump said. When later questioned by a journalist, Trump backpedaled and insisted that he didn’t say this. “I said we’re going to look at it, we’re going to investigate it,” he said.

Read more:
‘We will have many body bags.’ WHO chief responds to Trump’s criticisms

“Please quarantine politicizing COVID,” @DrTedros said in response to a question from ScienceInsider about #Trump’s [anti-@WHO ] comments. “We will have many body bags in front of us if we don’t behave.” https://t.co/brqYAXckZs