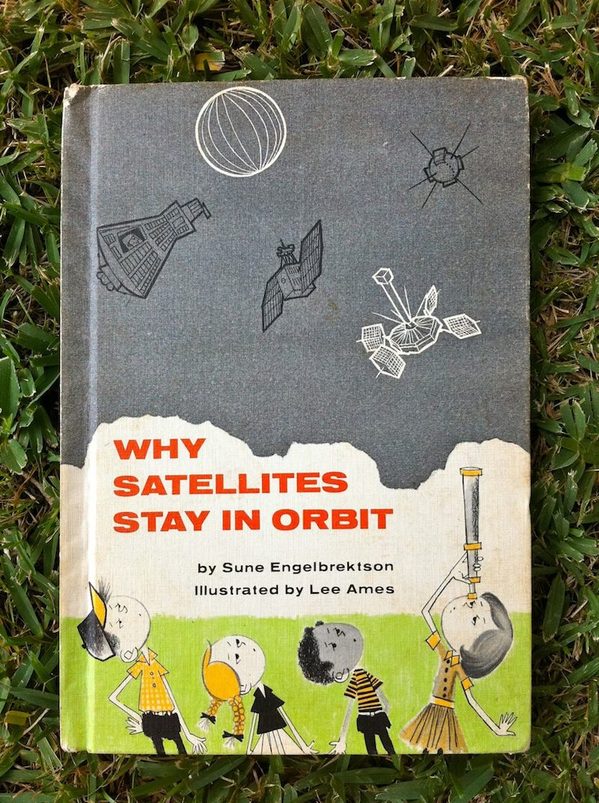 Years ago, I read a bit of advice in The Whole Earth Catalog, which said a great way to get up to speed on a subject you are interested in is to read a children's book about it. It's excellent advice, and I've made use of it many times over the years.

The best children's books are the ones that were published before 1970. After that, the illustrations started to get crappy, and the writing took a nosedive, too. There are exceptions, but I find it to be the rule.

Here's a winner from 1964: Why Satellites Stay in Orbit, by Sune Engelbrekston and illustrated by Lee Ames. It's a very short book that does a terrific job of explaining precisely one thing: why satellites stay in orbit. This is the kind of book an eight-year-old can read and appreciate.

Why Satellites Stay in Orbit is out-of-print, but copies can be found on Amazon