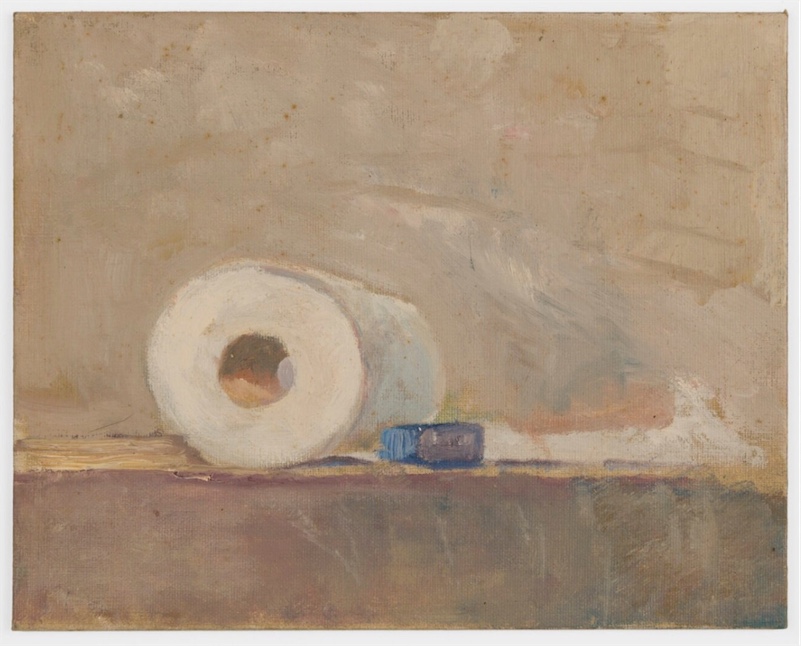 The Kinkade Family Foundation turned up this Thomas Kincade unseen masterpiece "Untitled (Toilet Paper)," c. 1978, oil on canvas, 8" x 10, and have issued it as a puzzle and print. The proceeds benefit the New Art Dealers Alliance's (NADA) fund to support galleries impacted by COVID-19.