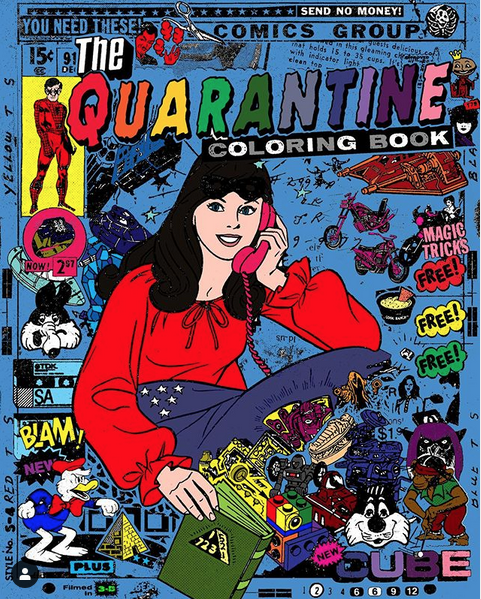 How cool is this? The Quarantine Coloring Book is an open art project on Instagram where artists can submit black and white images to be considered for the "book" and all of the uploaded images are available to be downloaded, colored, and then uploaded and tagged so that everyone following the project can see your handiwork. Fun for shut-ins of all ages!

The Instagram page is here. You can see all of the colored pages tagged to date here.

did this instead of hw 👉👈 #thequarantinecoloringbook

From Rob Walker’s excellent Art of Noticing newsletter, this recommendation to subscribe to the Instagram feed of a convenience store in New Orleans called Hank’s Market: This NYT writeup on bodegas “going viral on TikTok” reminded me of a current favorite Instagram account. Hank’s is a convenience store on St. Claude, in the Upper Ninth […]

Iranian cosmetic surgery enthusiast Sahar Tabar, 22, has reportedly been arrested for blasphemy. Tabar is known for her creepy selfies in which she augments her surgically-edited face with makeup and digital effects. From BBC News: Judicial authorities arrested Tabar after members of the public reportedly made complaints about her, Tasnim reported. She is accused of […]