Robert Fripp in a bee suit and black stockings? Signs of the apocalypse for sure! 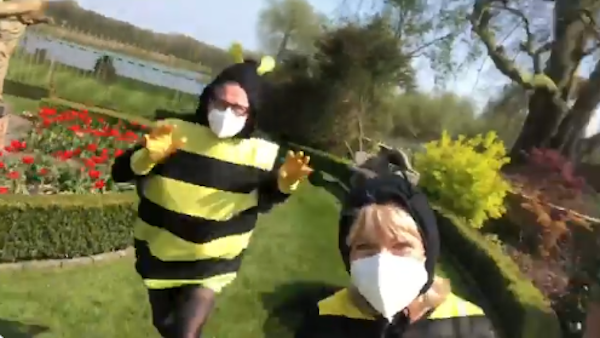 There are little lights in this darkness that shine through and make, for a brief moment, the invisible zombie apocalypse seem a bit less horrifying.

One of these for me has been Robert Fripp and his wife Toyah cracking themselves (and the internet) up on her twitter channel.

Watch them as they play DIY Dancing with the Stars in their kitchen and flit about as pollinating bees in their back garden.

And yes, that is Robert Fripp, he of the impeccable 3-piece suits and dour resting face, in a full-on bee costume and sheer black stockings. Nice gams, Bob!