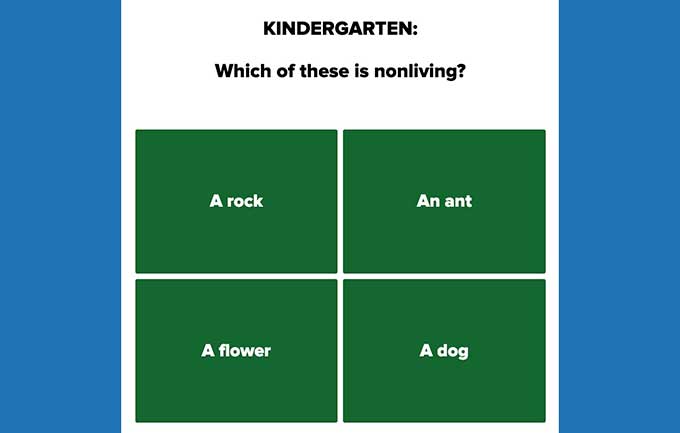 Take this multiple choice test that asks 13 science questions, one for each grade. I got 11 out of 13. I missed the 2nd grade and the 10th grade questions.