The Gimdow turns your dumb door into a smart lock 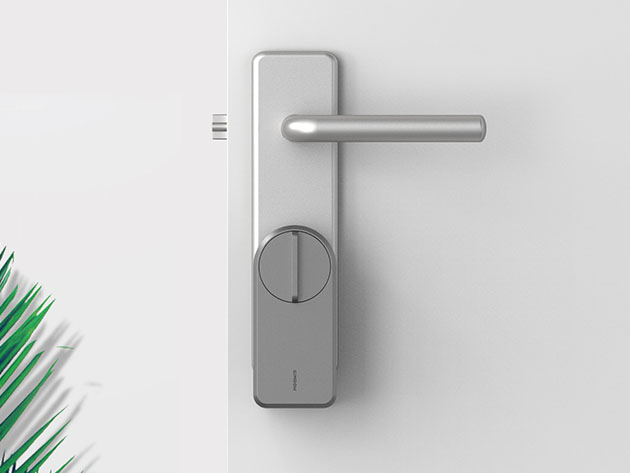 In the age of smart homes, everybody wants to own the house that does everything for itself. Unfortunately, the reality is that creating a smart house usually takes a lot of work. And if you’re trying to turn a previously dumb house into a 21st century web-enabled palace of technology? That’s gonna take even more work.

Case in point, you usually have to pretty much be a locksmith if you want to put one of those web-connected smart lock systems on your home. In case you don’t have all those tools of the trade, the Gimdow Peel and Stick Smart Lock is geared for those who want the advantages of a smart lock, but don’t want to disassemble their entire front door to do it.

The Gimdow adheres like a vise over your existing American or European style door lock with no modifications to your door or the lock required. The adhesive is reusable and setup should take less than 10 minutes. Once it’s firmly in place, the Gimdow then performs all the tasks you’d expect from a grade-A smart lock.

You can get in either through using the Gimdow app on your smartphone or by entering the code on the included wireless keypad posted by your door. It all connects via Bluetooth, so there’s no wiring needed ever. You can even protect your code from prying eyes by entering random numbers around your actual code. Gimdow is smart enough to spot your sequence in all the coverage and open sesame.

If you’ve got someone else who needs to get inside your home, you can issue temporary access codes that will work for a finite time or only during certain hours. And every time the Gimdow is used, you’ve got a log of that access.

And the Gimdow is a workhorse as well. Just four AA batteries power the unit for over 300 days.