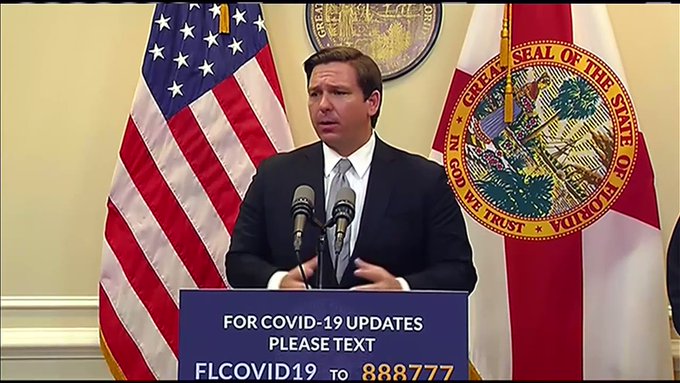 Oh, yes this is real. Florida has officially declared WWE pro wrestling shows an 'essential business' that must be allowed to continue to operate during the deadly COVID-19 pandemic.

“People have been starved for content ... we're watching, like, reruns from the early 2000s,” Florida's Republican and Trump-aligned governor Ron DeSantis said today about his decision to classify live professional wrestling shows as an “essential service” for Floridians during the deadly coronavirus pandemic.

"People have been starved for content ... we're watching, like, reruns from the early 2000s," Gov. Ron DeSantis says of his bizarre decision to classify live pro wrestling shows as an "essential service" during a deadly pandemic pic.twitter.com/rWeCOJKkh2

As most businesses in Florida have been shutdown to help fight the spread of the coronavirus, the state has deemed World Wrestling Entertainment (WWE) -- a company with past and present links to Pres.Trump -- "essential." https://t.co/VeaafmWfjg

ROH and MLW say wrestling with a national audience being deemed essential in Florida does not mean they'll now be running shows there. https://t.co/tf4mhYoWH0