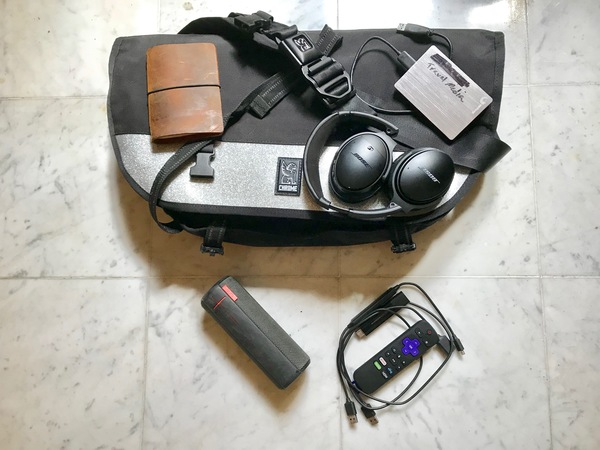 Richard Kadrey is a novelist and screenwriter living in San Francisco. His books include Sandman Slim, The Everything Box, Butcher Bird, and the forthcoming, Ballistic Kiss. Cool Tools asked him to describe four things he keeps in his bag, which include a Roku streaming TV player, a portable hard drive, Ultimate Ears MEGABOOMs, QuietComfort 35 Bluetooth headphones, and Pocket Travelers notebook. Read about them here, or better yet, sign up for the weekly What's in my bag? newsletter.