Coronavirus can make you fat, the Queen is still dying, and a sex tape nightmare, in this week’s dubious tabloids 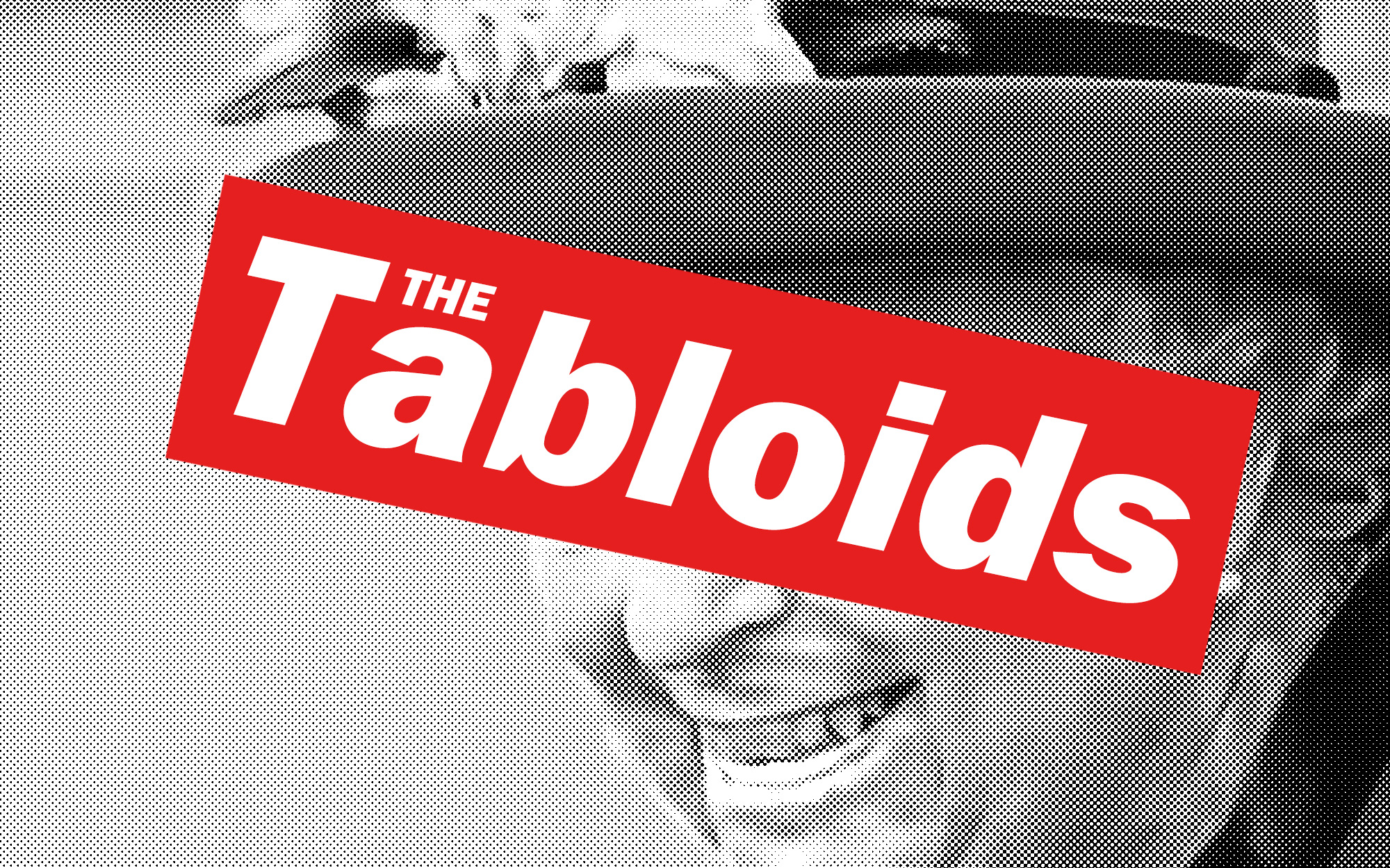 In times of national crisis, it’s reassuring to know that the tabloids will always give you the facts you need for survival, no matter how unpalatable.

As coronavirus rampages across the globe, it’s only the tabloids that tell you which stir-crazy stars are quarantine binge-eating.

You won’t find it in the “fake media” New York Times, but the ‘National Enquirer’ reveals that “Bored Britney” Spears has gone on a “Junk-Food Binge!”

She is “spending her days pounding down Pop-Tarts, according to courses!"

And you can forget The Wall Street Journal. Only in the ‘Globe’ will you learn that Kim Kardashian’s husband Kanye West is packing on pandemic pounds: “Confined Kanye’s Pig-Outs Driving Kim Crazy!” Apparently Kanye is a bad influence, sparking “fears he’s making entire family fat.” Because when Kanye eats, everyone has to eat with him, one assumes.

There’s good news for those of us who remember the ‘Enquirer’ exclusive from March 2019: “Queen has leukemia, unlikely to live a year.”

It’s now been over a year, and Her Majesty seems to have made a miraculous recovery. The ‘Enquirer’ story about the Queen’s health this week makes no mention of leukemia.

HRH allegedly “was hospitalized with heart failure and doctors believe she has only months to live.” Again.

Yes, this is the same ‘Enquirer’ that reported in January 2017: “Queen Elizabeth has only two months to live.”

This time the death-prone monarch reportedly suffered “a secret cardiac episode that landed her in an intensive care unit.” Not that you’d have known this watching her remarkably calm and confident televised speech to the British nation last week, supposedly just days after cheating death.

Still, it’s easy to see why the ‘Enquirer’ keeps trying to kill off the 93-year-old. If they repeat the story every few months, sooner or later they have got to get it right, and then will print the obligatory self-congratulatory: “We told you she was dying” story.

‘Us’ magazine, in an act of wanton desperation, publishes a two-page pictorial under the dubious headline: “The Queen - She’s Just Like Us!”

"She makes phone calls!” (Which are put through to her by Palace switchboard operators on a phone that’s cleaned and disinfected daily by household staff.)

“She gardens! (If picking up a shovel-full of earth in a token gesture for a ceremonial tree-planting can be called ‘gardening.’)

“She takes the train!” (And you can bet it’s a First Class carriage that has been cleaned to a sparkling shine before she sets foot in it, without the discarded newspapers, empty crisp bags and wads of chewing gum that the rest of us find littering trains.)

"She visits museums” (While the public is kept away, and the museum director gives her a personal guided tour.)

“She drives!” (But only on her Royal estates, because although she is the only person legally allowed to drive in Britain without a license, she decided last year to quit motoring on public highways, and heaven help her insurance rates if she ventured onto the open road and hit anyone.)

Questionable headlines proliferate as ever in this week’s rags.

“Sportscaster Joe Buck’s Sex Tape Nightmare” sounds pretty straightforward in the ‘Enquirer,' except for the small detail that Buck hasn’t starred in a sex tape, at least, not that we know of. Rather, fans allegedly keep sending him sex tapes. What a nightmare that must be for him. Or he could simply choose not to watch them.

“Kennedy Curse Strikes Again!” reports the ‘Globe’ on the death of Robert F Kennedy’s granddaughter and great-grandson in a boating accident.

“Ethel Kennedy’s Final Tragedy” is the intriguing headline on the story about the 92-year-old family matriarch’s suffering. How does the ‘Globe’ know this is Ethel’s final tragedy? Maybe there are more to come? Or does the ‘Globe’ have inside information that no more Kennedys are set to die tragically? And what about Ethel’s own eventual death - might that seem like a tragedy to her? Enquiring minds want to know.

Not just because she’s enjoyed a Sapphic relationship in the past, but because if she hasn’t been spotted dating a man lately, she must have turned lesbian. What other explanation could there possibly be?

‘Us’ magazine demonstrates the joys of pulling a publication together when its editorial team are all working from home in different locations.

“Back Together In Isolation - Truth About Bruce & Demi,” says a cover headline.

Delightfully, this story appears twice in the same magazine: One editor has put a photo of long-divorced exes Bruce Willis and Demi Moore wearing matching pajamas in the magazine's “Hot Pics!” section, while another editor has put the same story in the “Hot Hollywood” section. The “truth” that the exes get along is soooo old. ‘Us’ magazine editors apparently don’t get along quite so well - they’re just like us!

‘People’ magazine’s cover story on ‘Veep’ star Julia Louis-Dreyfus under the headline “I Know How Precious Life Is,” is notable for the staggeringly heavy-handed Photoshopping that has eliminated 35 years of lines, wrinkles, facial creases and all discernible character, making the cancer survivor look younger than she was before ‘Seinfeld’ ever aired.

To celebrate the arrival of Earth Day on April 22 ‘People’ mag also brings us celebrities telling us how to make the world a better place, including Robert Redford, Jane Fonda and Ellen DeGeneres.

Natalie Portman tells readers: “You can’t live in a bubble,” which suggests that she did the interview more than a month ago. Unfortunate timing, perhaps, now that we all live in a bubble of self-isolation amid a pandemic.

Fortunately we have the crack investigative team at ‘Us’ mag to tell us that Shailene Woodley wore it best (are over-sized ‘Dynasty’-style shoulder-pads really making a come-back?), that Matthew Morrison will “challenge anyone to a staring contest,” and that the stars are just like us: they ride a bike, get groceries and pick up packages. I’d like to see the Queen do that!

For the third week in a row, ‘Us’ mag is without its regular feature article ‘What’s In My Bag?” This page really seems to have been scrapped for good. How will unknown D-list actresses ever again be able to tell us what healing quartz crystals they carry around to help shape their lives?