Trump calls Voice of America's work “disgusting”, threatens to adjourn Congress so he can put a crony in charge of VOA 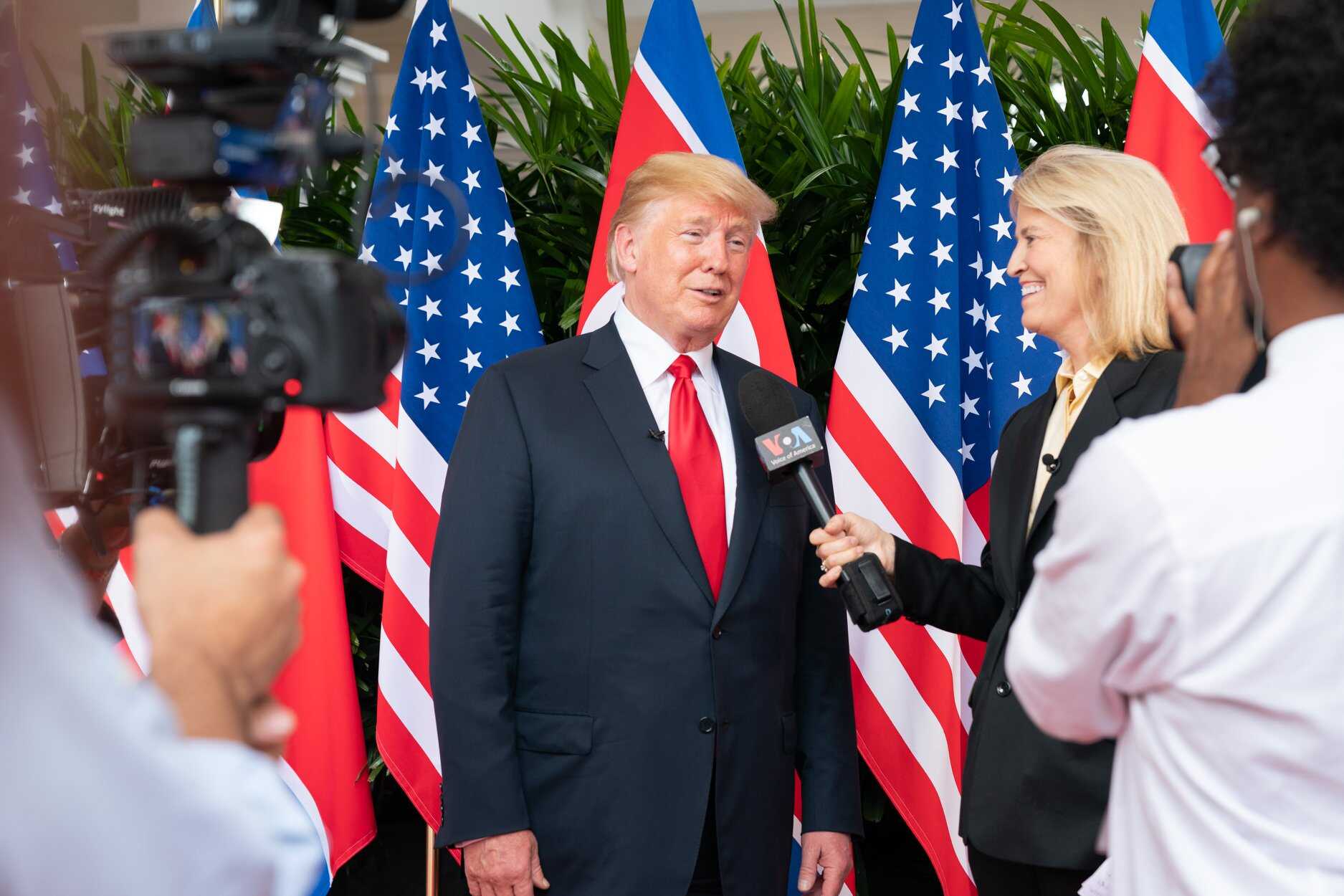 Trump's pissed off at Voice Of America, the United States of America's official government publication. Must be because the great news reporters at VOA like Steve Herman are doing their jobs.

Yes, impeached president Donald John Trump is at it again with attacks on great American institutions, and our constitutional protections granting Americans freedom of the press.

Trump is now threatening to forcibly call Congress back from their pandemic time-out, and appoint his own candidate as head of the agency that oversees VOA.

This is pretty weird behavior from someone who has such a cozy relationship with America's foreign enemies. Curious.

WHITE HOUSE - U.S. President Donald Trump is threatening to adjourn Congress because lawmakers have not approved his candidates for senior posts in his administration, including his nominee to run the independent agency overseeing the Voice of America.

“I have very strong power,” Trump declared Wednesday, referencing language in the second article of the U.S. Constitution that allows a president “on extraordinary occasions” to adjourn either or both chambers of Congress.

"The Senate should either fulfill its duty and vote on my nominees or it should formally adjourn so I can make recess appointments," Trump said. "We have a tremendous number of people that have to come into government. And now more so than ever before because of the virus and the problem.”

The Constitution requires nominees to a number of senior administration posts to be confirmed by a majority vote in the Senate. However, on occasions when Congress is not in session, the president may make a “recess appointment,” which expires if the candidate has not been confirmed by the end of the next full session.

No president has ever exercised the specific authority to dissolve Congress in Article II, Section 3 of the Constitution.

"Perhaps it’s never been done before, nobody’s even sure if it has," Trump said during a Rose Garden briefing on the coronavirus pandemic. "But we’re going to do it. We need these people here. We need people for this crisis, and we don’t want to play any more political games.”

Trump's claim to have the executive power to forcibly call back Congress from their pandemic recess is likely bullshit.

In existence since 1942, Voice of America has never been attacked so fiercely by a President as just now. Its journalists have done exemplary job reporting China’s false claims about COVID 19. No evidence to White House claims @VOA repeats Chinese propaganda.

One of the most depressing genres of stories:

Trump just claimed Voice of America is saying things that are "disgusting toward our country." Here's a story I wrote a while back about how the fight over VOA's future under Trump. https://t.co/3bnsFTq9kX

Voice of America was established in 1942 The accuracy, quality and credibility of the Voice of America are its most important assets, and they rest on the audiences’ perception of VOA as an objective and reliable source of U.S., regional and world news

As Trump picks absurd fights with Voice of America and the, well, the US Congress, has he mentioned the nearly 28,000 Americans have died of this disease? pic.twitter.com/zwPe8hGYqW

In middle of pandemic Trump threatens to adjourn congress if lawmakers don’t approve his nominees. WH says constitution allows him to do it. “I have a very strong power,” Trump says. Trump points to nominee to oversee Voice of America as if that justifies such a drastic move.

Kind of amazing that Trump would seek to adjourn Congress amid a national health emergency because he can’t get his nominee approved to oversee @voa.

Article II of the Constitution gives the President the power to adjourn Congress if—and only if—the House and Senate cannot agree on a date for ending the current session.

There’s a reason why this power has *never* been exercised before. https://t.co/3536ThYuVT