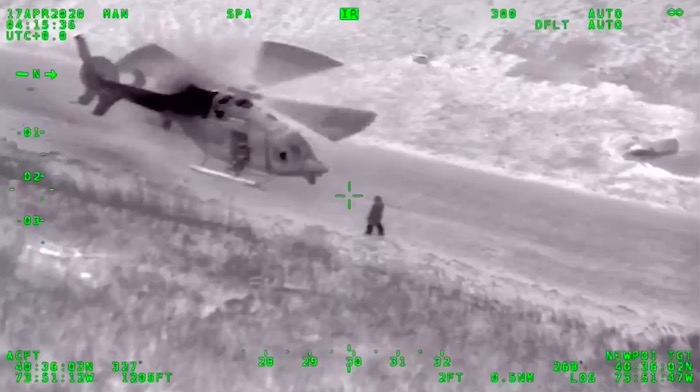 A kayaker was found early this morning after lighting a fire and spelling out the words HELP with sticks and twigs. An no, he wasn't on some speck of an island in the South Pacific, but rather, a remote island in Jamaica Bay, New York. NYPD Aviation rescued the man, in good condition, who had been missing for 12 hours. Here is their video.

A kayaker takes social distancing to the next level. #NYPD Aviation found the uninjured male stranded on a remote island in Jamaica Bay, Queens. Missing for over 12 hours the male signaled for help by starting a fire & spelling out help using nearby sticks before being found. pic.twitter.com/cqYqz8tLFG