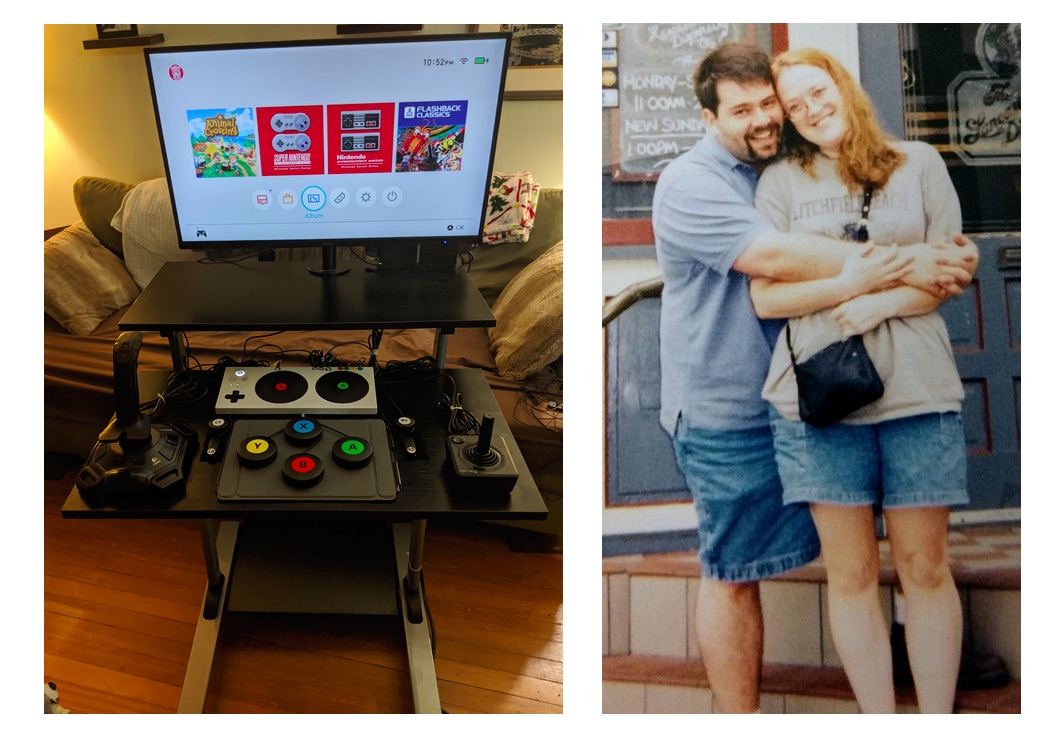 All for the love of Animal Crossing in the coronavirus pandemic.

“My (relatively) young wife is in a nursing home with very aggressive [multiple sclerosis], writes her husband, IMGURian @KWIP.

“She LOVED the previous Animal Crossing games, but it broke her heart she was no longer able to work the controls of a gaming system because of her MS.”

So he built an accessible rig for her to use in the nursing home.

The setup was inspired by "My Mate Vince's" post on YouTube: https://www.youtube.com/watch?v=cZsaFPN0IrA. Powered by a Nintendo Switch, using an Xbox Adaptive Controller and the MAGIC-NS Controller Adapter for Nintendo Switch to allow the Controller to communicate with the Switch. My (relatively) young wife is in a nursing home with very aggressive MS. She LOVED the previous Animal Crossing games, but it broke her heart she was no longer able to work the controls of a gaming system because of her MS. On top of that, the nursing home has been on lockdown for several weeks now, so we haven't been able to see each other (other than every night on video chat, thank Gord!) and she's been bored out of her mind.

So I built this system to allow her (and other residents of the nursing home - provided she shares!) to be able to have something to do. The whole thing is placed on a wheeled, height-adjustable desk that can be moved into her room or any available area and adjusted to fit the wheelchair height of whoever is using it. It has headphones to keep the disturbance down (probably not enough to stop my wife from yelling obscenities/talking trash, though).

I could have built the entire thing much cheaper - as pictured, it's about $1k (yes, I know - but what else am I going to spend that sweet covid19 bonus check on?). I was in a rush to get it finished by my wife's upcoming birthday. Not only did I have to build/configure everything, but arranging to drop it off at the extremely locked-down nursing home was a monumental task itself. Thankfully the staff there are awesome and were willing to work very hard to make it happen!

And yes, I realize the monitor is off-centered and it bothers me, too. It has since been adjusted so that all things are in balance...

A handicapped-accessible Nintendo Switch battle station for my wife

Check out the entire gallery here on IMGUR:
“A handicapped-accessible Nintendo Switch battle station for my wife.”