A woman's breast implant deflected a bullet, saving her life 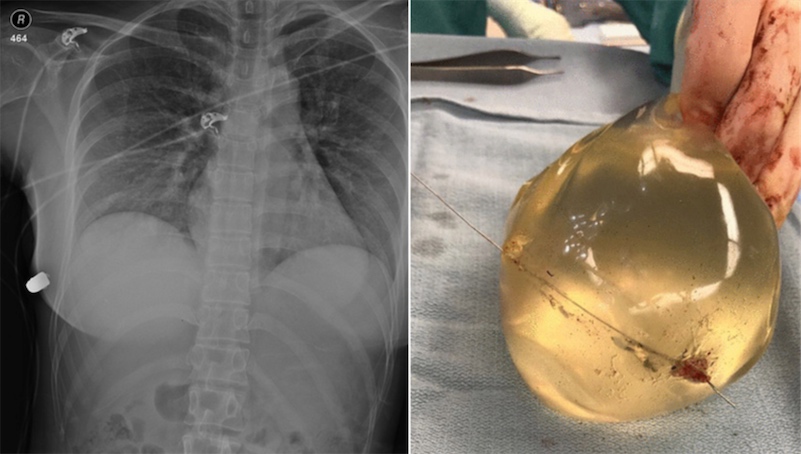 This image shows how a woman's silicone breast implant deflected a bullet fired at close range, likely stopping the slug from killing her. University of Toronto surgeon Giancarlo McEvenue and his colleagues report on this curiouse case in the SAGE medical journal. The shooter was never identified. From CNN:

"The implant caused the change in the trajectory of the bullet," he said.

The woman suffered a gunshot wound, broken ribs and broken implants, but otherwise was remarkably unscathed.

"On the left hand side is the heart and lungs -- if the bullet would have gone into the chest, she would have had a much more serious, possibly life-threatening injury," McEvenue added.

Here is the full report in SAGE, including graphic images of the surgery: "Life-Saving Silicone Breast Implant After Firearm Injury: Case Report and Treatment Recommendations"