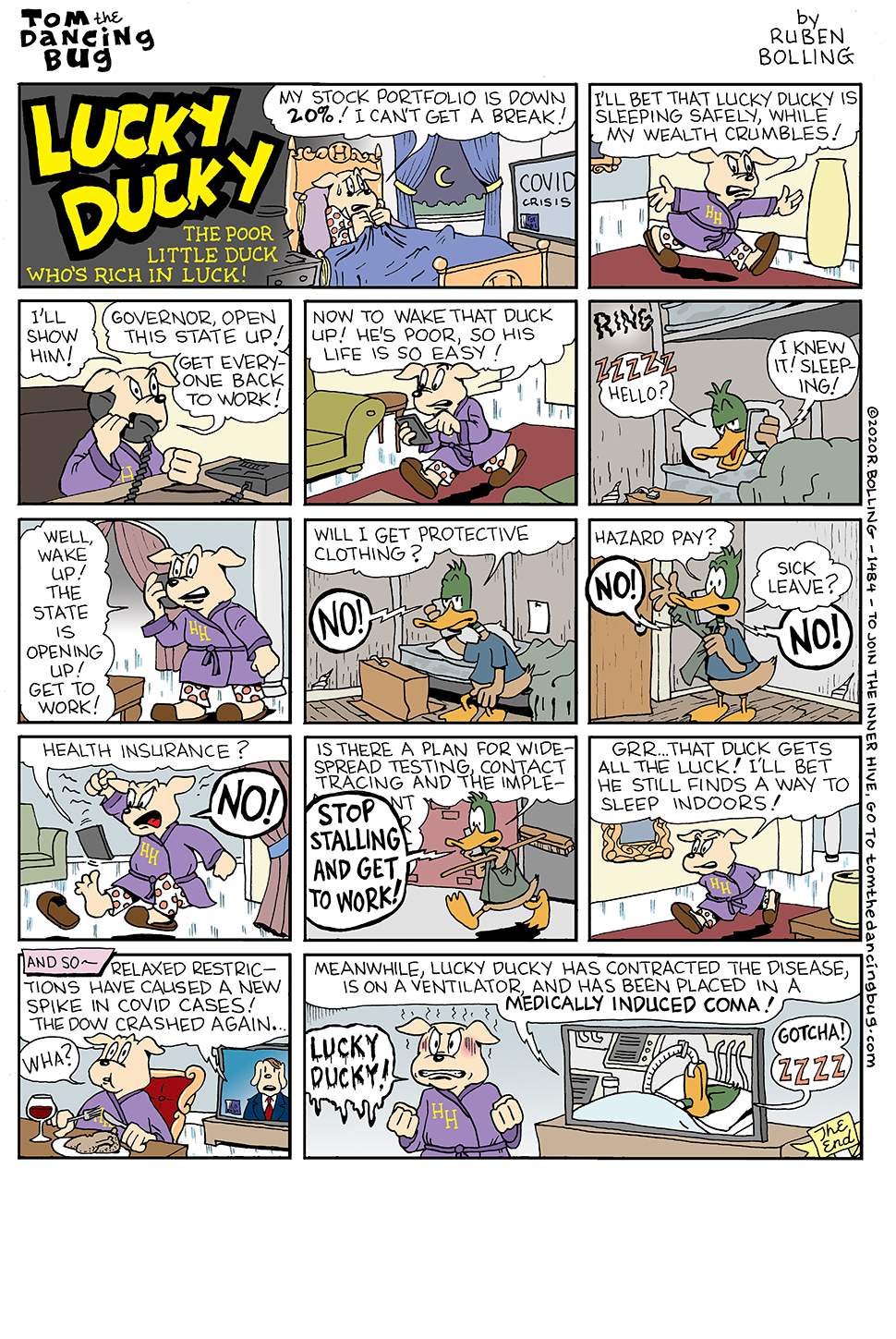 Tom the Dancing Bug, IN WHICH Hollingsworth hounds that Lucky Ducky back out to work, but you just know he'll still find a way to win

"Ruben Bolling's craft and commentary are as powerful and as pointed, as capable of making you laugh while breaking your heart as they were when we were all so very young."
-Neil Gaiman, from the Foreword to Tom the Dancing Bug: Into the Trumpverse