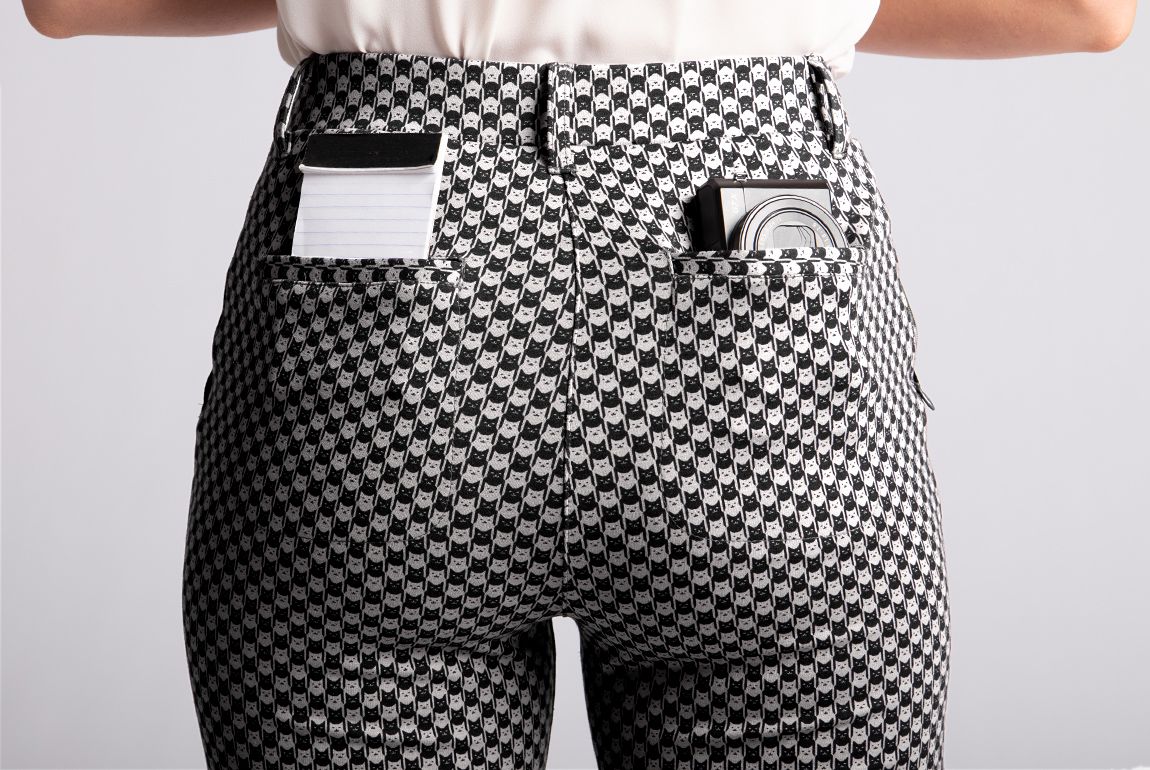 Betabrand has just announced women's pants in "catstooth," a feline-tastic take on the classic houndstooth pattern. It's black and white like the original but you'd never know from afar that you were looking at little tiny cat faces. A straight-leg chino is the only product available so far in this fun pattern ($78/pair).