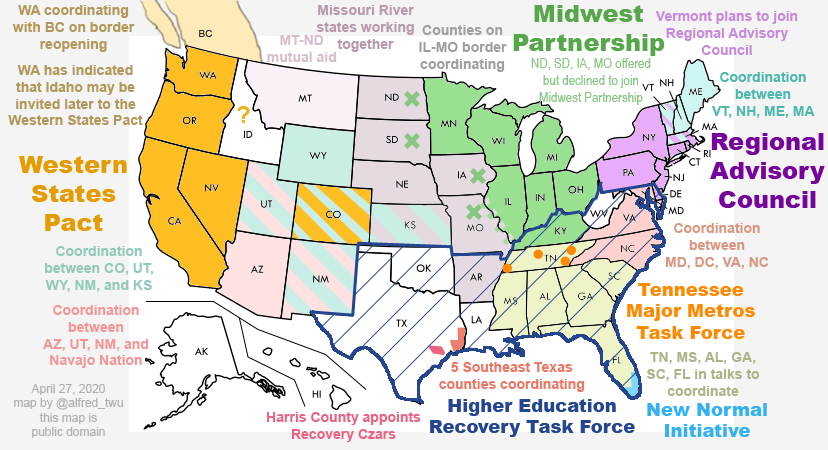 Alfred Twu is maintaining a public-domain map of the various efforts underway between states to coordinate their pandemic response. It's a detailed at-a-glance guide to who is doing what with whom, but it's also been described as a Shadowrun scenario and a guide to the next civil war.

"Regional Advisory Council" is a perfectly postmodern name for a postapocalyptic polity and I'm definitely stealing it for a short story.