Trump: 'There has been so much unnecessary death in this country' 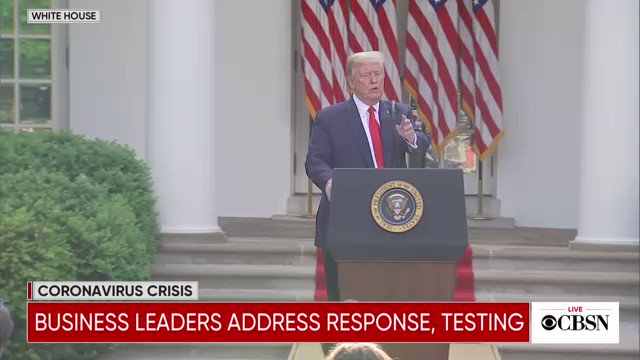 It was almost a confession of guilt. Almost.

The word 'unnecessary' is such a tell.

Every once in a while, the liar-in-chief manages to reflect clearly on his own culpability, seemingly without the ability to realize that he is culpable.

Monday, April 27, the day on which we learned that more than 55,000 Americans have now died of the novel coronavirus, was one such day.

There is no bottom to his depravity and fecklessness. No number of dead Americans will be enough for Donald Trump.

Trump on his call today with governors: "They are as thrilled as they can be, considering the fact that there has been so much unnecessary death in this country." 😳 pic.twitter.com/w2QwwCPvqZ