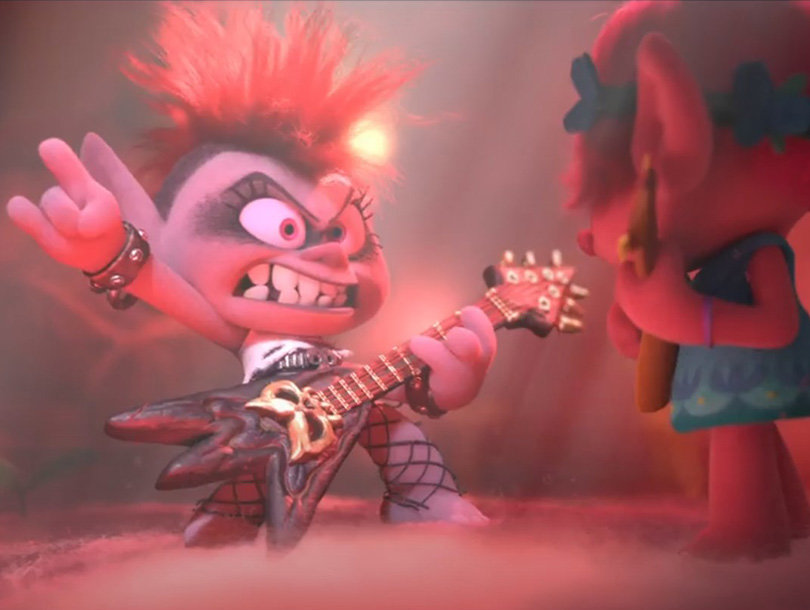 Trolls: World Tour is a new animated kids' movie from Universal Studios. Despite the theaters being closed due to the coronavirus pandemic, the film has somehow made more than $100m from streaming media views and other cash-ins such as fast food licensing deals. AMC Theaters, the market leader in the US, has banned Universal Studios from its screens in response. Universal is far from the only studio to move its blockbusters directly to TV during the pandemic, but it is the only one boasting about the results in public, hence AMC's public retaliation.

AMC CEO Adam Aron announced the ban in a letter to Universal chairman Donna Langley on Tuesday, telling her that the decision was triggered by a quote NBCUniversal CEO Jeff Shell gave to the Wall Street Journal about the blockbuster digital success of "Trolls World Tour." ... Shell told the newspaper that the movie "exceeded our expectations and demonstrated the viability" of on-demand video. But it was Shell's next quote that really incensed AMC, which is controlled by China's Dalian Wanda Group and owns Odeon and UCI — Europe's biggest cinema operator. "As soon as theaters reopen," Shell added, "we expect to release movies on both formats."