Is it time to finally learn to play the guitar? Now’s your chance with this bundle of lessons 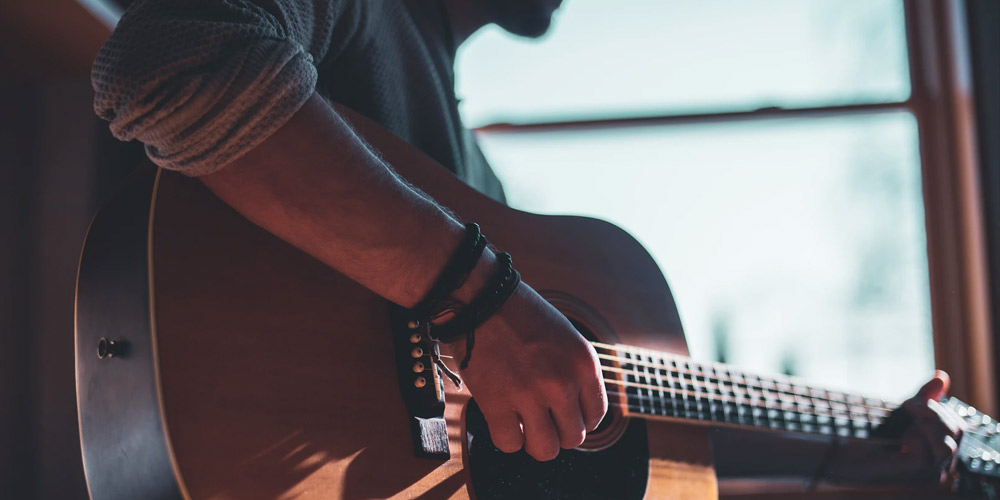 “Learning to play the guitar is for losers. You’ll never catch me doing that.” That phrase has never been uttered by anyone anywhere ever.

Those words have never been constructed in that order because they’re ridiculous. In fact, guitar players are probably in the running with professional athletes, ninjas, and James Dean for the title of the coolest person or persons of all time.

Listen, we can’t guarantee that doing the coursework in The Ultimate Beginner to Expert Guitar Lessons Bundle will elevate you to cool status. But seriously, it’s probably the fastest track to universal acclaim and adulation than most of us will ever receive.

Even if you barely know a guitar from a cello, the nine courses and almost 60 hours of instruction in this collection can help get you on the path to musical literacy.

The Beginner Guitar Lessons Crash Course sets the stage, teaching new students about basic chords, rhythm, reading guitar tablature and a general understanding of the instrument to build your skills. By learning techniques like pull-offs and slides, you’ll even know how to start strumming over most songs.

Ear Training for the Curious Guitarist even promises to help cultivate an incredibly important music skill -- the ability to identify all 12 pitches all by only listening. Ear pitch is a talent taught in university music programs and almost nowhere else, so this course offers valuable insight into a key, yet often neglected aspect of playing an instrument.

Of course, music extends in hundreds of different directions, so after your basic introductions, other courses included here can help unlock playing tips and styles geared toward individual music genres. Bluegrass, jazz, and blues are all featured here, each offering a distinctive set of guidelines that will help strengthen and refine your skills, regardless of genre.

After mastering fundamentals, how do you join in with a band if you don’t know the song? Guitar Jam Method fills you in, giving you the ability to spot major and minor keys, maintain a theme, and keep the tempo to blend into any ensemble seamlessly.

Guitar mastery takes a lifetime, but immortality is forever. Your shot at joining the ranks of Hendrix, Clapton, or Prince would normally retail for about $1,600, but this collection makes all this training available for over 90 percent off, just $29.