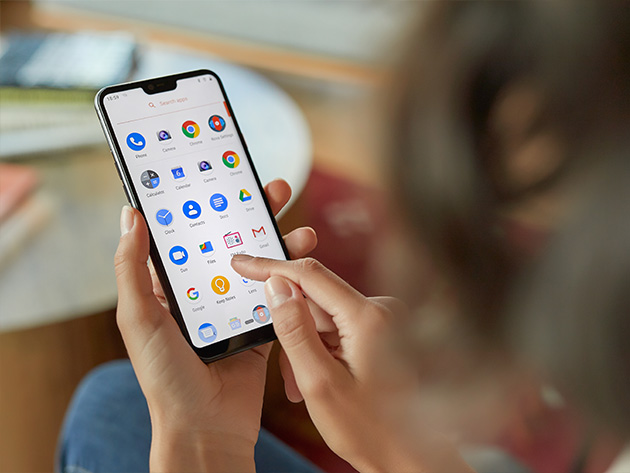 There’s nothing worse than being trapped in a bad system when you can’t see the way out. And while the world loves its smartphones, many already feel like they’re stuck in a now repeating pattern.

Smartphones tend to last only 2 to 3 years. We all realize they’re basically designed that way. Under those conditions, users are all but forced to remain part of the upgrade cycle, dropping several hundred dollars, even a grand or more to get a desperately needed new phone to replace their dying model every year or so.

It’s a racket. We all know it. Worst of all, those smartphones get thrown away and contribute to the staggering amounts of e-waste generated worldwide.

Teracube wants to smash that system, so they’re putting their money where their mouth is. Their new Teracube Smartphone is designed to last you four years. If your phone breaks down, that warranty covers all parts, performance, labor and two-way shipping with no out of pocket cost.

And even if it was something you did? Repairs are only $39. Cracked screen? $39. Accidentally drop it in a lake? $39. That’s your all-in price to get the phone back in your pocket ASAP.

With their revolutionary business model, it’s easy to assume Teracube might not measure up in the features department, but that's not true. Powered by a Mediatek P60 octa-core processor with AI accelerated technology, this Android phone has a 6.2-inch Full HD display, 6GB of RAM, 128GB of storage, a 12-megapixel rear camera, an 8-megapixel front-facing camera, and even NFC. It’s more than powerful enough to take great pictures, play games, text, surf the web, and basically do all the things a smartphone is supposed to do.

With a 3,400 mAh battery, Teracube will stay charged all day long. And since it arrives completely unlocked, you’ll be ready to get on the network and get connected instantly no matter whether your carrier is AT&T, T-Mobile, MetroPCS, or others.

After raising $125,000 on Kickstarter, the Teracube revolution is now underway -- and maybe the best selling point is its final price. Unlike all those expensive phones, Teracube is available now for only $298.99, over $50 off the retail price. It’ll not only help the planet, but it’ll also do your wallet a few favors too.