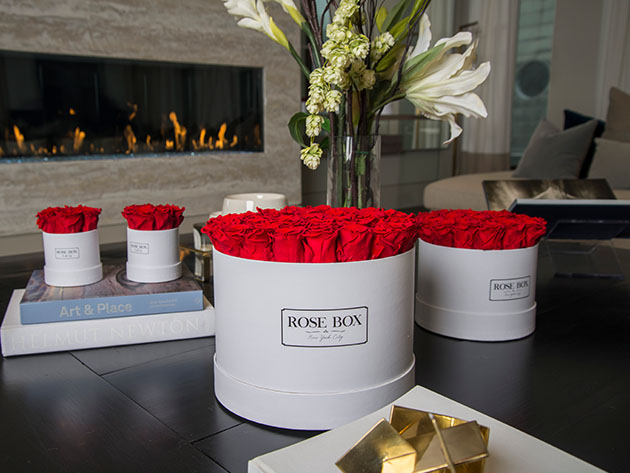 It’s going to be a very unusual, and likely a somewhat subdued Mother’s Day this year. Unless you live with your Mom, there’s a better than average chance you haven’t seen her in a while. And with everyone practicing social distancing, it really isn’t a good idea to make a surprise appearance or take her out for a celebratory meal...assuming there were any places you could even take her right now.

Moms all get it. They understand their kids won’t be there this year. But if we’re being honest, that still won’t make it any easier.

While many are in rough times financially right now, we’d suggest this might be a good year to make a little bit of an extra effort for Mom. And while flowers are a perennial favorite for a reason, they likely won’t survive quarantine, so no one other than Mom will get to see them.

Instead, get her a special little something from New York-based Rose Box.  Rose Box will send Mom one or more of their gorgeous, Ecuadorian-sourced roses, all preserved to stay fresh for one whole year. Rose Box roses are dipped in natural plant dyes and a non-toxic mixture to enhance their vibrant color and maintain their beauty for 12 months. Then, they’re dried, boxed, and delivered right to your Mom’s doorstep.

Rather than flowers that come and go in a week, your Mom’s arrangement can be a focal point of her kitchen, mantle or dining room for an entire year. And in addition to making her happy every time she sees it until next Mother’s Day, just think of what a constant 12-month reminder of your dutifulness and love could do for your stock.

Rose Box also has purchase options to satisfy almost anyone’s price point -- plus, you can save an extra 15 percent when you enter the code MOMSDAY15 during checkout. You can order a single rose (Red Flame, Neon Pink, Light Pink, or Pure White) in a Rose Box display jewelry box for just $69.69 after the discount.