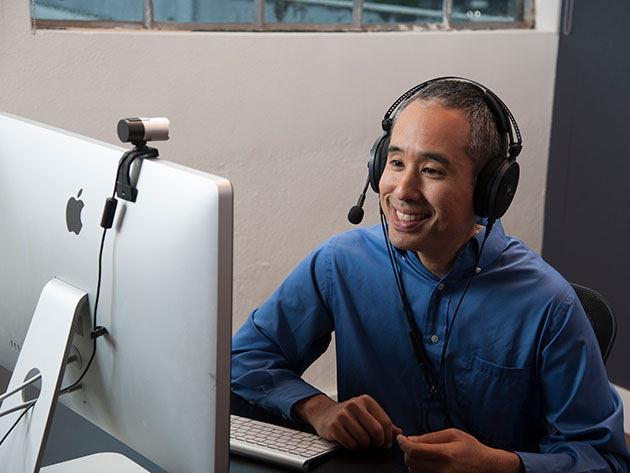 One takeaway you may have discovered about your new WFH lifestyle is that you probably need a couple of new pieces of tech to get your home office running more smoothly.

Since Zoom meetings and more VoIP (voice over Internet) communication is probably in your future, now's the time to start taking this new workflow into consideration. If you've already got a sturdy set of headphones, the Antlion ModMic Business attachable noise-canceling boom microphone can be just the addition to take your presentation to the next level.

The ModMic is a flexible choice for Skype, Google, or other VoIP calls with lifelike audio fidelity and noise cancellation. That clarity and performance make the ModMic perfect for professionals that require clear audio whether they're on a conference call or in a noisy environment like a call center — or when the kids aren't respecting the please be quiet rule.

The ModMic includes a powered USB adapter for use with any computer or VoIP application. The USB input also actually improves the call quality without the need for dedicated sound cards, mixers, or other audio interface devices.

The unit features a mute-switch, allowing you to quickly mute and unmute your microphone when on a meeting or just holding. It's also adaptable, connecting via USB or an old school 3.5mm jack, depending on your headphone or microphone port.

Speaking of adaptable, the ModMic attaches to most on-the-ear or over-the-ear headphones, turning your favorite headphones into a high-quality, comfortable headset especially suited to those longer than average calls. It also comes with an extra clasp, allowing you to set up two pairs of headphones with the clasp so you can easily switch the ModMic back and forth easily.

PCMag gave the ModMic Business a solid 4 out of 5-star rating, so users can rest assured that it's a mic that definitely lives up to the hype. Regularly priced at $49.95, you can pick one up now for $15 off, just $34.99.