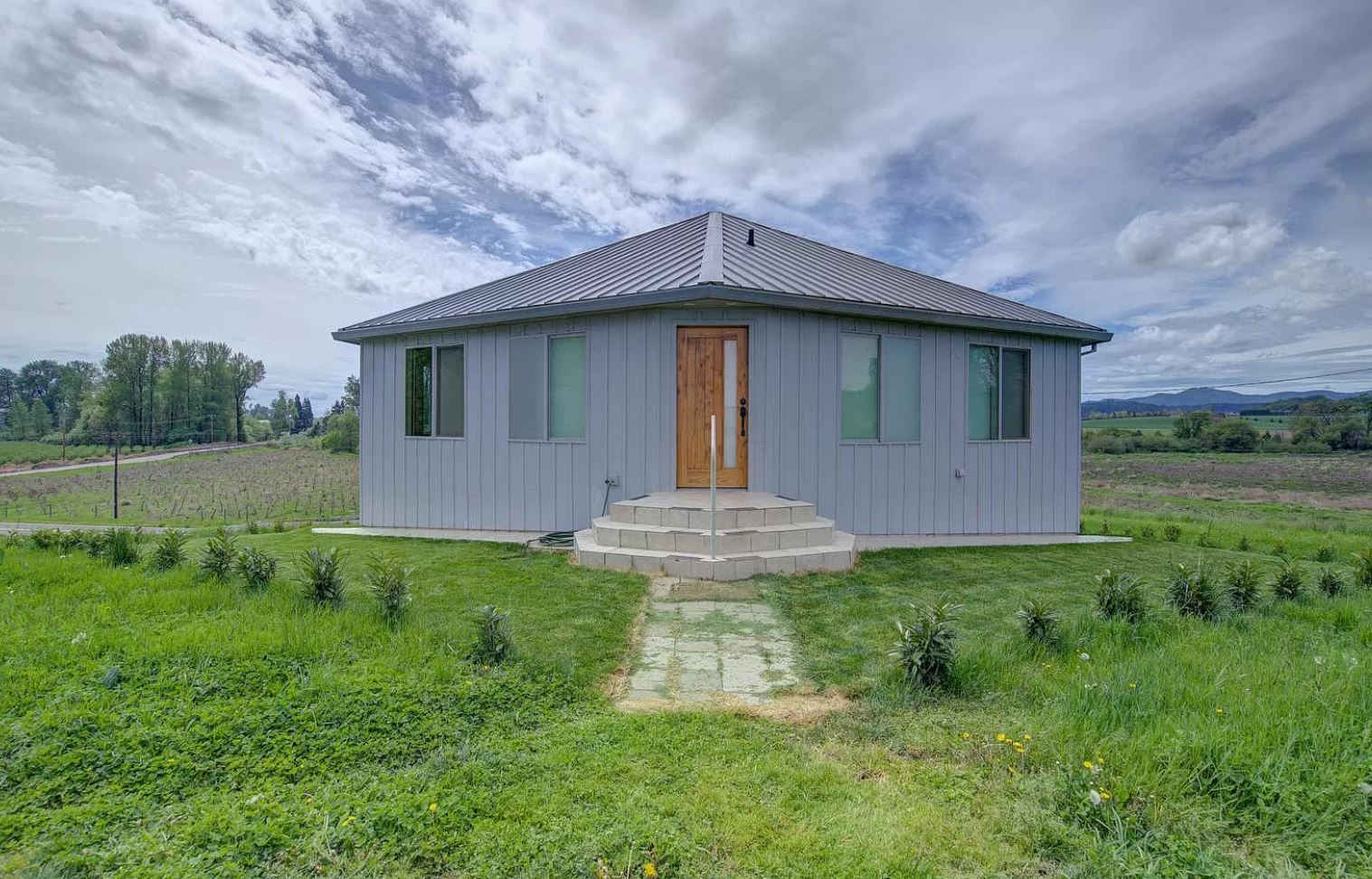 From the outside, it appears to be a small, gray wooden building [Zillow]. Inside, it's a sprawling yet utterly featureless place where everything is just a little off: peculiar angles, odd symmetries, expansive yet weirdly cramped spaces, and open areas with no sense of place or purpose abutting tiny kitchens or huge store-rooms. Not a right-angle to be found.

Is it a former cult compound, a bland oregonian Hårga? A "HGTV renovation of a Doom map"? A more likely speculation, based on business records found online, is that it was the home and place of business of an engineer who invented specialized drilling equipment and really likes mitering drywall.