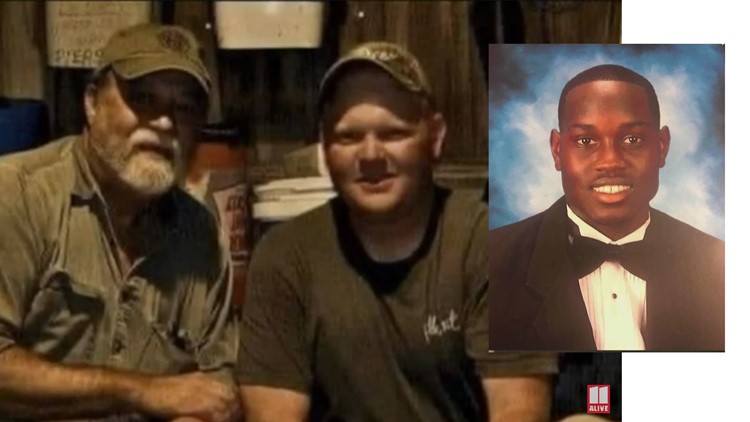 Gregory and Travis McMichael, videotaped chasing down jogger Ahmaud Arbery and killing him in the street, were today arrested and charged with his murder and with aggravated assault.

The killing, of an unarmed black man in broad daylight, occured months ago, but shot into the news after the shocking footage was leaked to the media. Evidence of such a blatant public lynching, in the deep south, immediately resulted in a barrage of criticism and condemnation aimed at local authorities' contempt for the victim and favoritism toward his killers.

The shooters, George and Travis McMichael, had connections with the local police and district attorneys office, and, according to their lawyer, were acting within their rights to carry firearms and perform a citizens' arrest in the state of Georgia, thanks in part to Stand-Your-Ground laws that state, "A private person may arrest an offender if the offense is committed in his presence or within his immediate knowledge." The McMichaels claimed that Arbery attacked them after they chased him with guns, which, technically, made it self-defense; Arbery was not alive to refute this statement.

The District Attorney recused himself from the case over personal conflicts of interest with the McMichaels family, but not before publishing a letter that smeared the late Arbery as a violent, mentally ill criminal.

The sudden attention from the press and politicians has somehow changed hearts and minds in the state of Georgia.

In a press release, the Georgia Bureau of Investigation said investigations are "all active and ongoing."

Glynn County, GA (May 7, 2020) – On May 7th, 2020, the GBI arrested Gregory McMichael, age 64, and Travis McMichael, age 34, for the death of Ahmaud Arbery. They were both charged with murder and aggravated assault. The McMichaels were taken into custody and will be booked into the Glynn County Jail.

On February 23, 2020, Ahmaud Arbery was in the Satilla Shores neighborhood in Brunswick, GA when both Gregory and Travis McMichael confronted Arbery with two firearms. During the encounter, Travis McMichael shot and killed Arbery.

This case is being investigated in partnership with District Attorney Tom Durden.

On May 5th, 2020, District Attorney Tom Durden formally requested the GBI investigate the death of Ahmaud Arbery. The Kingsland Office initiated an investigation on May 6th, 2020.

On April 29th, 2020, the Glynn County Police Department (GCPD) requested that the GBI investigate allegations of threats against GCPD and individuals involved in the active investigation.

On the morning of May 5th, 2020, GCPD requested the GBI investigate the public release of video related to Arbery’s death.

These investigations are all active and ongoing. If anyone has information related to these cases, please contact the GBI at 1-800-597-TIPS (8477).