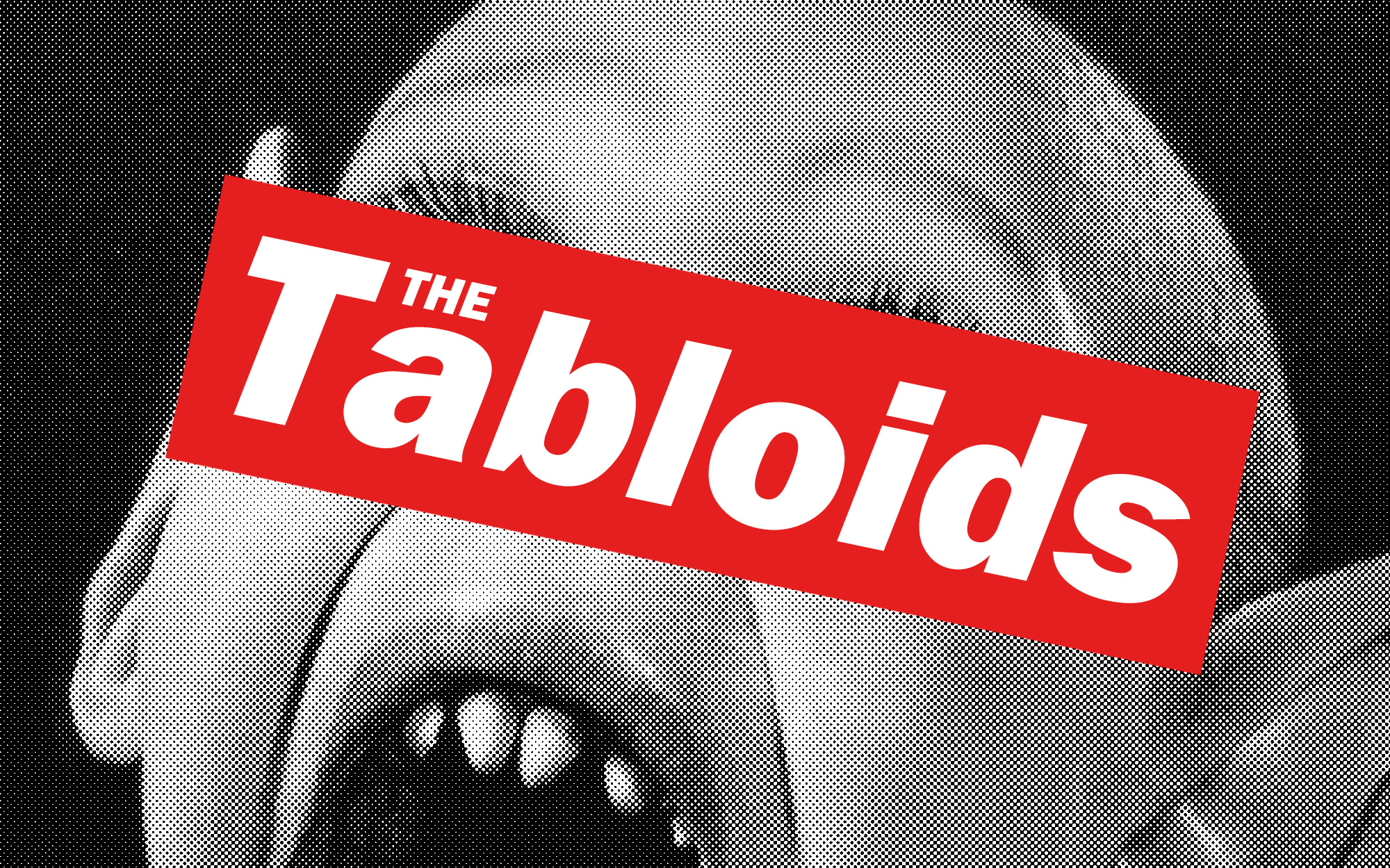 It made us question the integrity and unimpeachability of so-called mainstream news.

But in an era where the president of the United States derides the “lamestream news” as “fake news” simply for disagreeing with him or responsibly challenging his legion of lies, the tabloids have become surplus to requirements, superfluous to our reality needs.

Perhaps that’s why American Media International, the group behind publications including the ‘National Enquirer,’ ‘Globe’, ‘Star’ and ‘Us Weekly' magazines has gone cap in hand looking for a PPP taxpayer bailout to the tune of up to $6 million to keep it afloat.

This is the same tabloid group that slavishly foisted Donald Trump on its readers, killed negative stories about him, and admitted violating federal campaign laws by paying $150,000 to silence an alleged Trump mistress,

At their best, the tabloids can serve as a corrective to a complacent mainstream media, digging into scandals where others fear to tread. As politics has become indistinguishable from show-business, and self-aggrandizing social media has made public the private lives of almost every celebrity, there remains a need for hard-hitting tabloids willing to pierce pomposity, expose hypocrisy, and hold authority accountable.

But one look at this week’s offerings show that today’s tabloids are paper tigers, peddling insubstantial scandal soufflés that even they can’t keep from deflating.

Of course, Prince Harry and Meghan have done no such thing, nor are they likely to. There’s a grain of truth that sparked the idea for this story: the royal renegades have sat down with two journalists to pen an authorized book: ‘Thoroughly Modern Royals: The Real World of Harry and Meghan,’ poised for publication in August.

But there is no evidence that the duo will use their book to settle scores. Harry and Meghan sat for interviews with the authors last year, before moving to Canada and more recently to Los Angeles, California, and long before stepping down as senior royals, relinquishing many of their royal duties and the British taxpayer support that accompanied it.

Instead, the book is more likely to be a giant cheerleading exercise, flattering Harry and Meghan while trying to disarm their critics.

The ‘Enquirer' cites unnamed sources who speculate on what the memoir might include, throwing every tabloid-generated scandal into the mix, But it’s little more than wishful thinking. The Queen, who recently won worldwide acclaim for her compassionate and hope-infused televised speech to her nation about the threat of coronavirus, is hardly likely to be branded “senile” or “out of touch” by Harry or Meghan.

Fair and balanced as ever, the ‘Enquirer’ report concludes: “The Duke and Duchess of Sussex did not respond to our request for comment.” No kidding.

Yet again there’s a sliver of fact buried deep beneath the surface: self-professed Epstein sex slave Virginia Roberts’ lawyer has filed in New York federal court asking to see “all written or electronic correspondences” between Epstein and Prince Andrew, and “any evidence that he engaged in sexual activity or massages" while at Epstein’s various homes.

Despite claiming that “wild antics” were "caught on spy cameras,” the story inside cites unnamed sources claiming: “Spy-cam footage requested by Roberts and her lawyers could be the final smoking gun - if it exists.”

So the compromising video footage may not exist, but we’re expected to believe that Prince Andrew paid $15 million in hush money anyway?

An unnamed “investigator” (police investigator? private investigator? tax investigator?) tells the ‘Globe': “We hear Andrew was shaken down for $15 million after Epstein threatened to bare dirt that could devastate Britain’s monarchy.”

But while a sex scandal might shake Andrew, nothing that happens to him could ever devastate the British monarchy, because he, like the tabloids, has long been surplus to requirements. The rag adds: “Andrew was eager to avoid even the whiff of a scandal and coughed up the cash - while swearing he’d done nothing wrong.” Right.

Jennifer Aniston’s “Nude Photo Nightmare!” is exposed in the ‘Enquirer.’ Except there is no nude photo of her. Nor has anything similar been made public. Nor is her nude photo been dragged into any scandal.

It’s her half-brother, Alexander Aniston, who allegedly posted naked photos of himself on social media - carefully posed to reveal next to nothing - and there is no scandal. But the ‘Enquirer’ has dragged her into a non-existent brouhaha, anyway.

‘Us Weekly’ magazine continues its demoralizing practice of running sensational front page stories that are flatly denied by what lies inside the rag.

That’s ‘Arrested Development’ actress Alia Shawkat, to you and me.

Despite the cover proclaiming Pitt’s “hot dates” with his “new love,” the inside story makes clear that the magazine's sources believe there is no romantic relationship. The couple “are just pals” says one unidentified source, who, perhaps when nudged, speculates that they could become more than friends.

This from the magazine that two years ago claimed Pitt was having a “hot new romance” with MIT professor Neri Oxman because he’d seen her a couple of times. The man’s not allowed to have female friends, apparently.

“Dying Roy Horn” has allegedly been diagnosed with COVID-19, and is quoted asking his long-time partner Siegfried to look after the 52 tigers at their sanctuary. But not once is he quoted fearing that the big cats might catch coronavirus - though four tigers at a New York zoo have tested positive for the virus.

The ‘Globe' dives into geopolitics in yet another bid to win its long-overdue Pulitzer Prize with a story about the battle for succession in North Korea: “Kim’s Cruel Kid Sis Plots Bloodbath!” That’s what happens when you believe that “cruel tyrant Kim Jong-un” is in a “vegetative state,” and can’t be bothered to change the story after he is pictured walking around North Korea larger than life, and seemingly more animal than vegetable.

Fortunately we have the crack investigative squad at ‘Us Weekly’ to tell us that Regina King wore it best (though at $6,990 she shouldn’t have to see Irina Shayk and Josephine Skriver both wearing the identical gown), Brie Bella “can never say no to donuts” (doesn’t that depend on what the donut is asking?), and that the stars are just like us: they cook, garden, tidy the house and work out. It’s revelations like these that give us hope for the future prosperity of tabloids everywhere.

Just a few days ago, UK tabloid The Daily Mail was caught fabricating a photograph of a famous athlete breaking coronavirus lockdown rules. It has a history of crude photoshop work passed off as news photography, but its latest effort is one for the ages: it fabricated its own coverage of Hitler’s and Mussolini’s deaths. […]