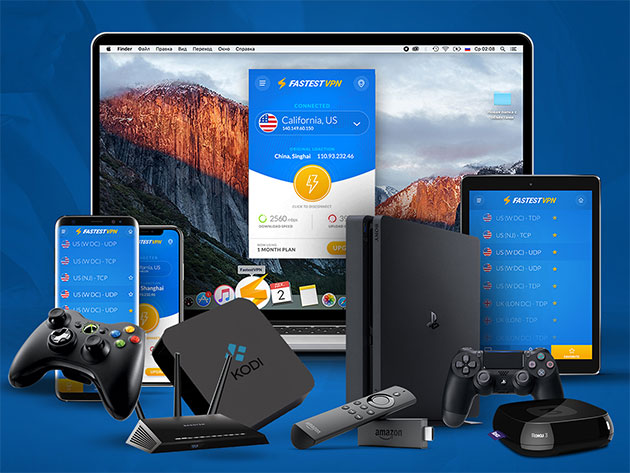 In the ultra-competitive, ultra-crowded VPN market, it isn’t easy for a new entrant to distinguish itself. In fact, scores of providers come and go, with many never making much of an impact before slipping into obscurity.

However, Fastest VPN accomplished the feat, securing rave reviews from outlets like TechRadar, who praised FastestVPN for its “lengthy list of appealing features for one of the lowest prices around,” while TenBestVPNs called them "one of the most promising VPN services in the market."

Since security is the bellwether of any VPN provider, Fastest users enjoy military-grade 256-Bit AES encryption utilizing multiple protocols such as OpenVPN, IKEv2, IPSec, OpenConnect, L2TP, and more. Those procedures make your activity virtually invisible to monitoring by cybercriminals or any other online black hats.

We can’t validate their claims of being the fastest VPN provider on the block, but among their strong selling points are a 99.9 percent uptime rate as well as no speed caps on downloading and uploading files.

As for those features, FastestVPN users get Smart Connect, which routes users to the best server instantly; Smart Tunneling, which pushes select traffic through the VPN automatically even when the app isn’t open; and DNS Leak Protection, which keep your IP protects by plugging any attempts to send your web requests beyond FastestVPN coverage.

Meanwhile, FastestVPN also gets users around regional geo-blocking restrictions that keep content like country-specific Netflix, Amazon Prime or Disney+ streaming accounts accessible from anywhere in the world, while also protecting your connection with ad blocking and malware detection.