How to get rid of hideous pantry moths 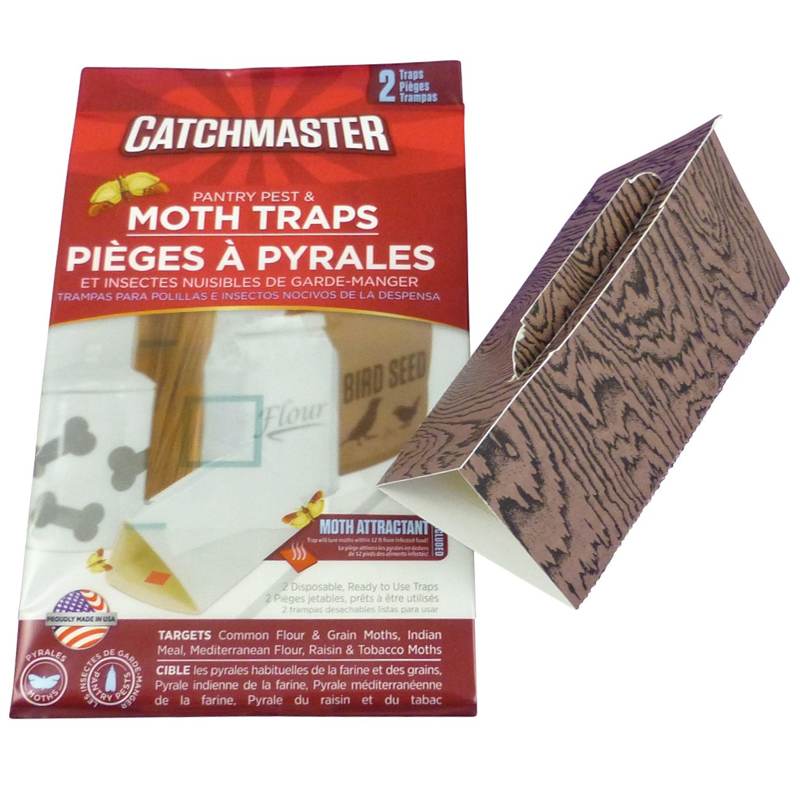 We've been battling pesky pantry moths in our kitchen cupboards. They get into any open container of rice, flour, cereal, chips, nuts, etc. Then they breed in the boxes and bags.

I hate it when I open a cabinet and a couple of moths fly out. It's even worse when I look at a bag of rice, and it is alive with motion.

Lately we've been putting our food into wide-mouth mason jars with these convenient one-piece plastic lids. That has reduced the problem but there are still a few stragglers. So I bought a pack of pantry moth traps. These traps fold into little A-frame houses. The interior is coated with a sticky material that traps the flies. The traps also come with a postage stamp size pheromone lure to fool the pests into thinking a sexy moth is inside waiting for them. These things work well. After using them for a few weeks the only moths I see now are the dead ones stuck to the inside of the traps.