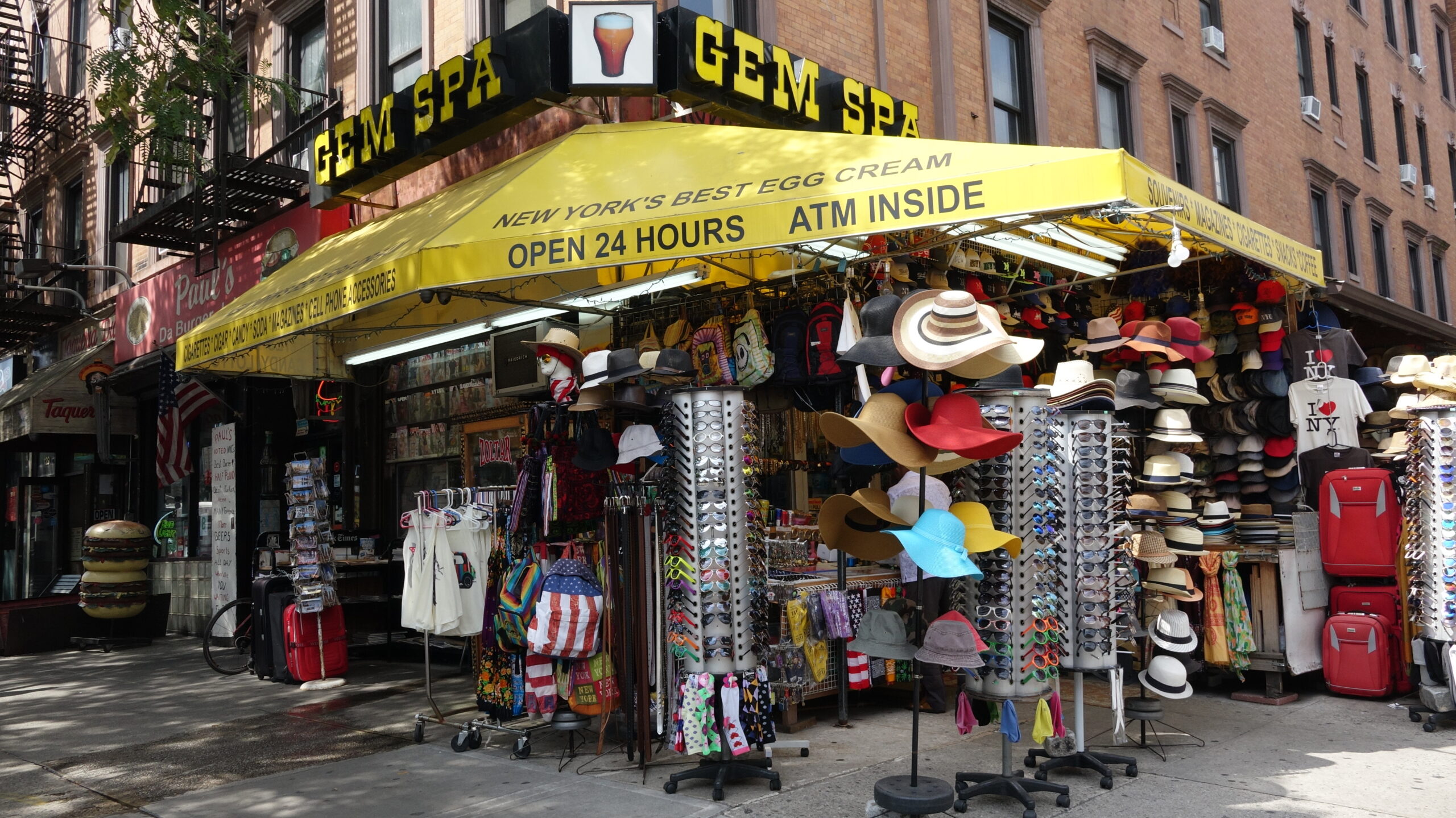 The Gothamist is reporting the sad news that Gem Spa, the iconic NY corner store that has been a fixture at St. Marks Place and Second Avenue for around 100 years is being forced to shutter its doors and windows for the last time. The Spa has been struggling to keep up with increasing rent prices and COVID-19 has apparently proven to be the final nail in its coffin.

"It’s where Robert Mapplethorpe bought Patti Smith an egg cream on the day they met. It’s on the back cover of the New York Dolls’ 1973 debut (and where, according to lore, Johnny Thunders and others went for post-heroin sugar fixes between sets at CBGB). Before that, it was where Abbie Hoffman gathered Yippies to rain money on the New York Stock Exchange. It’s where Allen Ginsberg, Ted Berrigan, and other neighborhood poets went to pick up the Sunday New York Times on Saturday nights (and which was inevitably commemorated in their poems)."