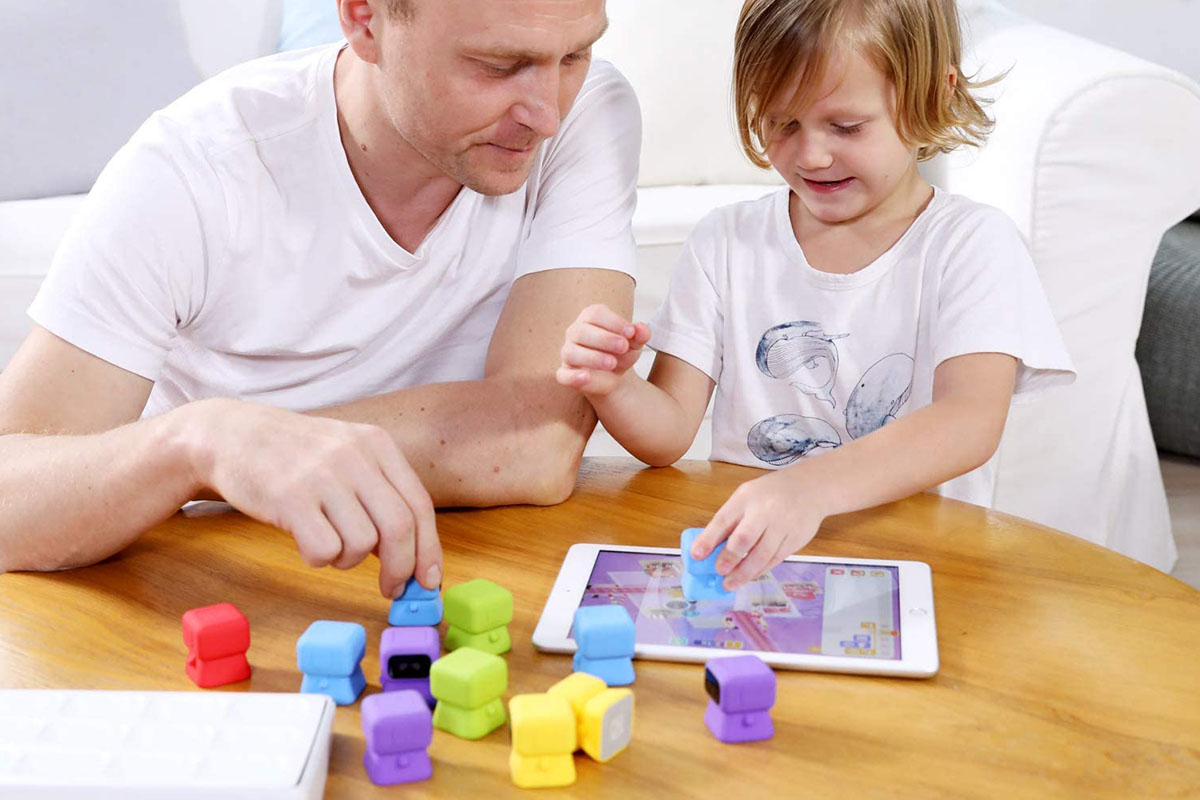 We’ve all heard that if you want to help a kid learn a second language, get them started early. Younger minds are genetically built to absorb information almost unconsciously, a process that generally slows down once kids start reaching their teens. So if a 6 or 8 or 10-year-old can find success in learning a language like Spanish or French or German, wouldn’t that same theory work to help a child understand a coding language?

The makers of Tangiplay say yes. Created by a trio of coding dads and funded through a $24,000 Kickstarter campaign, Tangiplay is a game directed at kids 4 to 12 years old that opens up their computational and creative thinking pathways as an introduction to coding.

In Tangiplay, kids use 12 cute robot toys to interact with Tangiplay’s free iPad app. When they press, slide, or rotate the robot on the game board, the move translates into code that creates a unique response in the game.

As kids in this railroad-inspired game start building new railways, overcoming obstacles, and getting passengers to their destination, they aren’t just having fun — they’re also picking up basic coding skills through those repetitions.

Each hands-on computer toy performs different functions, plus each comes with replaceable emoji faces so kids can actually create their own stories. In the game world, there are more than 120 different puzzles with different themes and backgrounds to keep the gameplay fresh and the learning going. In fact, children end up having so much fun, they don’t even realize it’s a STEM toy.

Early games are easy enough for even a 4-year-old to get started, while the jumpstart it gives in imparting important coding principles and techniques can be invaluable. If you’re a kid who learned math or the U.S. Constitution by watching Schoolhouse Rock, you understand the idea.