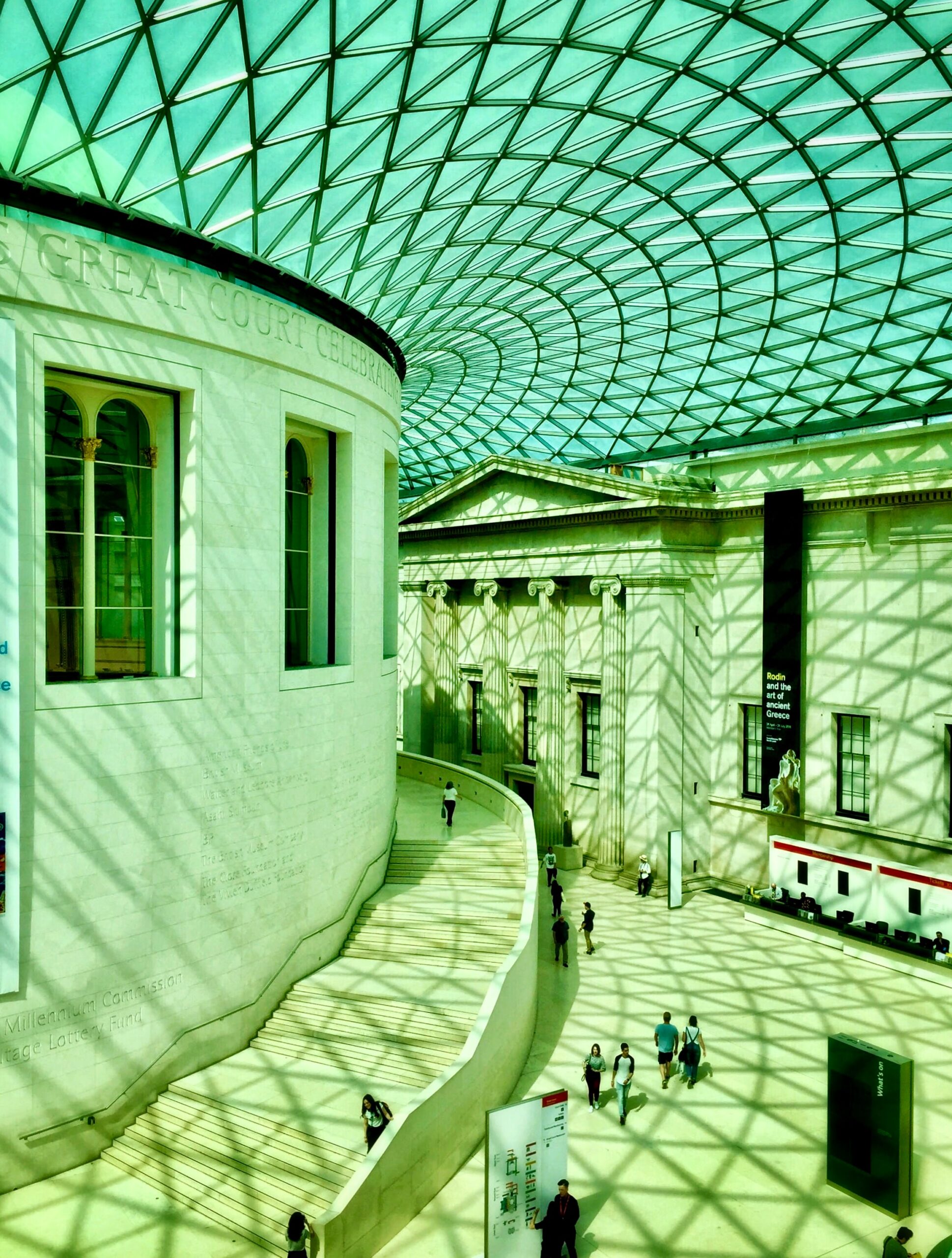 Do you believe in ghosts? I don't. But I do believe in the active powers of the human imagination, especially in an old, cold building filled with the world's "acquired" ancient treasures and mummified humans.

In this fascinating read in 1843 Magazine, Killian Fox chronicles the strange after-hours goings on in the halls of the British Museum.

Sometimes it’s the doors. To complete a full circuit of the museum more than 3,000 doors need to be opened and closed. Some of these, particularly ones that seal off the major galleries, are cumbersome to shut. But when bolted, they won’t open again without a tussle. Except when they do. Take the Sutton Hoo gallery, which houses treasures from an Anglo-Saxon ship, among them a ferocious-looking helmet believed to have been worn by Raedwald, king of the East Angles, in the seventh century. On one occasion a guard bolted the double doors and moved on to the next room, only to be informed by a CCTV operator that the doors stood wide open again. Video footage of the gallery showed them moving spontaneously.

Sometimes it’s a sudden drop in temperature, like the unnerving patches of cold air that linger next to the winged, human-headed bull of Nimrud at the entrance to the Assyrian galleries. Sometimes it’s the sound of footsteps, or music, or crying, where no obvious source can be found.

Despite all this, I witnessed no supernatural activity myself. The skeptical part of me, which I hoped would be cracked open by some paranormal epiphany, remained stubbornly intact. But, over months pondering Angell’s ghost stories and haunting the galleries myself, I experienced a gradual shift in my understanding of what a museum is. “All museums are strange places,” Candlin told me. “You put loads of things together that otherwise wouldn’t exist together and that have been utterly disassociated from where they come from – it’s quite a strange thing to do. Not all cultures do that, but we’ve got used to walking around spaces looking at objects that have been removed from use and meaning.”