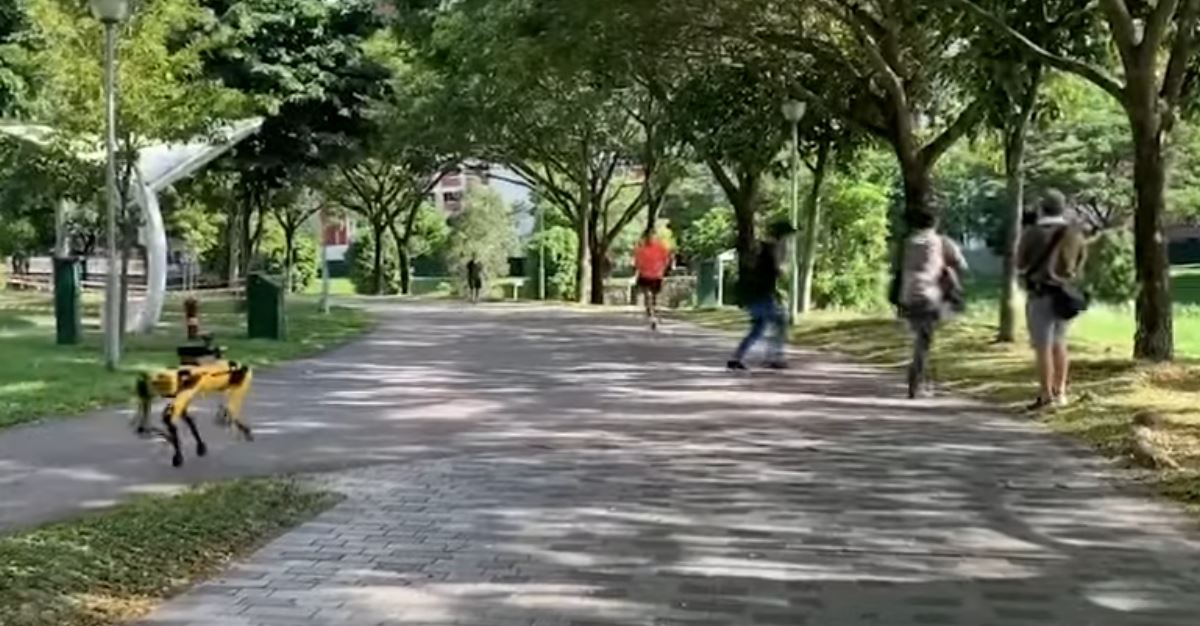 We used to joke about Boston Dynamics' robot dogs being used to control humans, and now they are: Singapore has deployed one to Bishan-Ang Moh Kio Park to monitor social distancing and blare warnings during the coronavirus pandemic.

"Singapore has unveiled a four-legged robot programmed to keep park visitors tuned in to rules about safe social-distancing during the Covid-19 pandemic. Developed by Boston Dynamics, the robot has been busy during a two-week test run during off peak hours at the Bishan-Ang Mo Kio Park."

PREVIOUSLY: Already regretting assigning Cormac McCarthy to report on the video of an entire pack of Boston Dynamics robot dogs