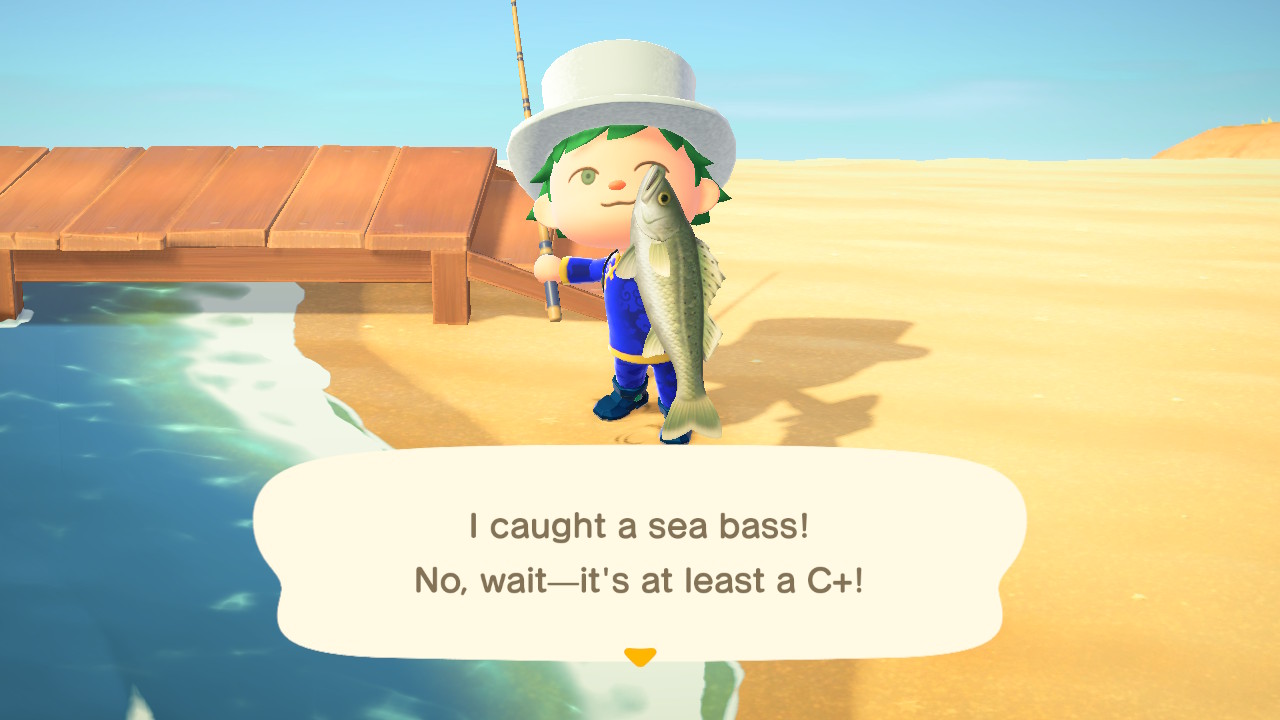 Nintendo staffer Rob Heiret and his colleagues worked on the localization of Animal Crossing: New Horizons, translating its Japanese dialogue and culture for an English-speaking audience. Well, on Sunday, in a long and insightful Twitter thread, Rob shared some thoughts about their work on the game, and the story behind its sea bass joke... which he wrote. If you're not familiar, when you catch a sea bass fishing in the game (and it's a common catch), this joke appears in a pop-up,

Cute for a few yuks, but can grow tiresome, as he admits:

He goes on to explain:

From a comedy-mechanics perspective, it's the same joke, relying on the homophones "sea" and "C" to change how you perceive the description of the animal (and, let's be honest, it would work better as a verbal joke than it does in print, but that fish has sailed).

Anyway, my point is, we were doing our very best, down to details you might not have considered, to make this the most positive, comforting, funny game we could...

The entire thread is a good read, and is so much more than my headline, but I needed something to "hook" you in. And... ok, I'll show myself out.

screengrab via Ebo, thanks!

“When a Starbucks cup is the smallest mistake, you know you’ve fucked up.”

German actress-model Palina Rojinski responded to the lewd and rude commenters on her Instagram by delivering a perfect prank. With help from German TV show Late Night Berlin, Rojinski turned the sexist creeps into the, er, butt of a joke. The image above that she posted brought out the usual male buffoonery but, as you […]