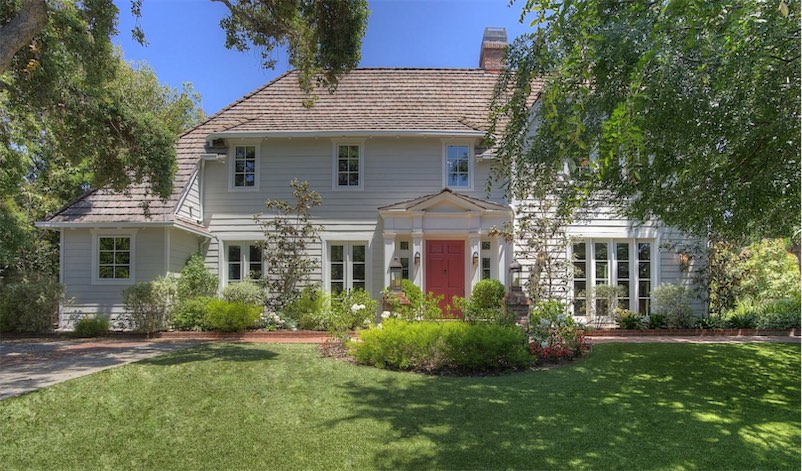 The Hollywood Hills home that was the TV and real life abode of Ozzie and Harriet Nelson is now on the market for $6.5 million. Airing from 1952-1966, The Adventures of Ozzie and Harriet featured many exterior shots of the family's actual house. (Recently, it was also used as Ari Gold's residence on Entourage.) The current owner of the 1916 home is Law & Order: SVU star Christopher Meloni who purchased it in 2014. The home features many amenities, including a ghost, likely that of Ozzie Nelson who in 1975 reportedly died in the bedroom. From Architectural Digest:

It should be noted that—possibly as a result of Ozzie’s death—numerous previous owners have reportedly complained that the property is haunted. Spooky incidents include Ozzie’s model train, which runs on a track near the ceiling in the pub room, inexplicably running on its own in the middle of the night; and the smell of rose-scented perfume.