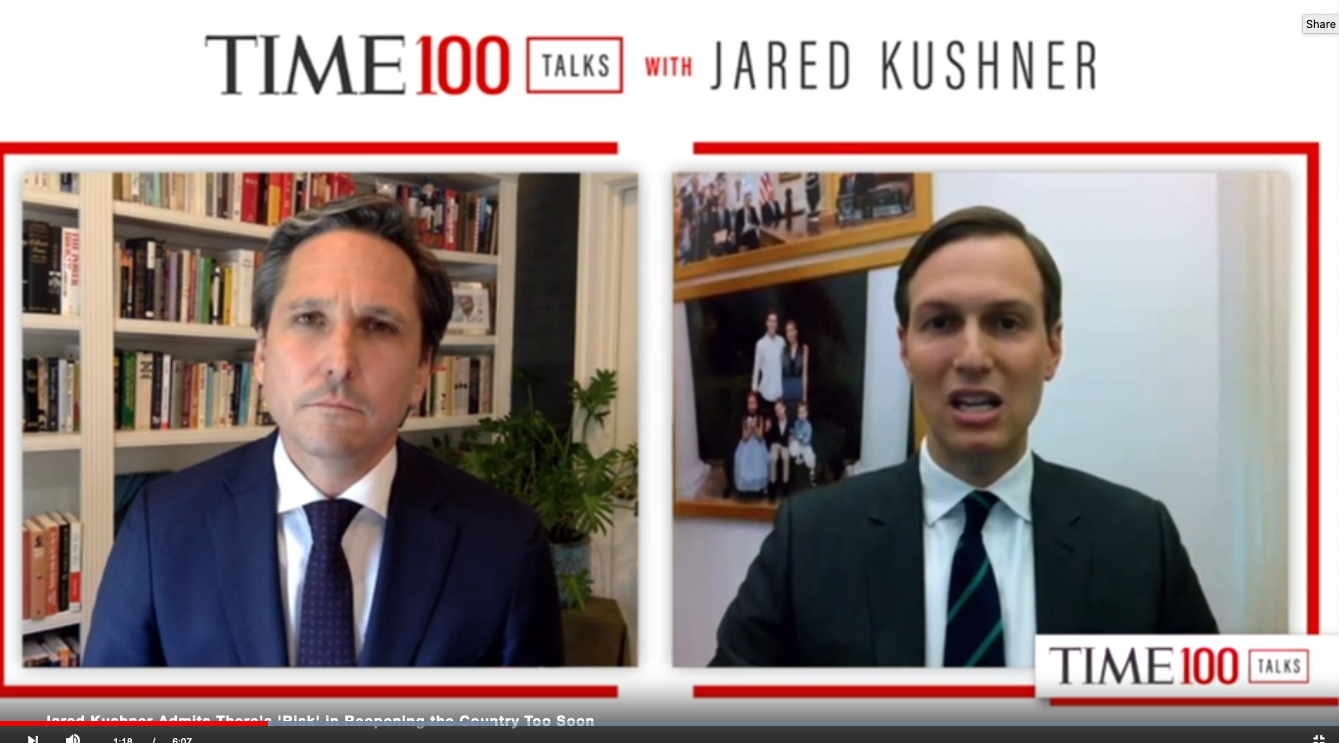 That was Tuesday. On Wednesday, Kushner attempted to walk back his comment about how he's 'not sure' he can commit to a date for the 2020 presidential election.

Why does he have anything to do with whether we get to vote in November?

Because a crime family is in charge of America, and nothing matters.

Here is the original video report in TIME:
Jared Kushner Admits There's 'Risk' in Reopening the Country Too Soon

When asked if there was a chance the presidential election could be postponed past November 3 due to the pandemic, Kushner said that isn’t his decision. “I’m not sure I can commit one way or the other, but right now that’s the plan,” he said.

“Hopefully by the time we get to September, October, November, we’ve done enough work with testing and with all the different things we’re trying to do to prevent a future outbreak of the magnitude that would make us shut down again,” Kushner continued. “I really believe that once America opens up, it’ll be very hard for America to ever lock down again.”

Jared Kushner talks about the prospect of canceling an election as casually as most people do about their dinner plans https://t.co/moRgAD95Rf

Trump son-in-law Jared Kushner to Time magazine on whether the November presidential election will be postponed. ‘I’m not sure I can commit one way or the other, but right now that’s the plan,’ he said.” Whose plan?

Jared Kushner refused to rule out postponing the presidential election in November. The opinion of a White House staff member has no bearing on when the election is held, but his comment played into the concerns of President Trump’s detractors. https://t.co/N3eUKtGpXj

Jared Kushner says he hasn't been involved in any discussions about changing Election Day in November, @kwelkernbc reports. pic.twitter.com/fQCzl5wSxA