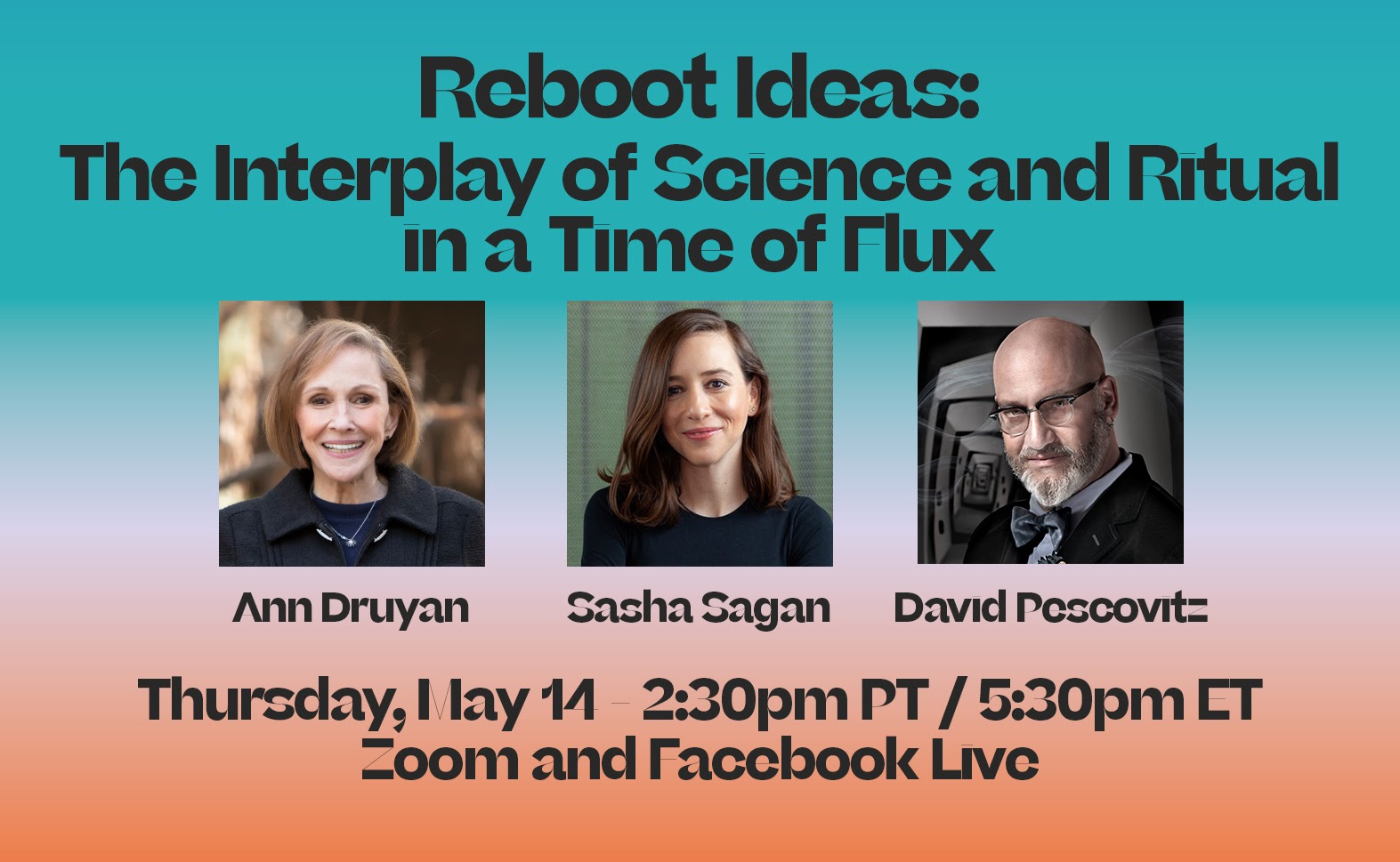 Today, Thursday (5/14), I'm honored to be moderating a free online conversation with two brilliant women whose work is a light in the darkness during these uncertain times. My friend Ann Druyan is the executive producer, writer, and director of Cosmos, the iconic TV show she co-created with her late husband and collaborator, astronomer and science communicator Carl Sagan. From her work as creative director of the Voyager Golden Record to her numerous books, most recently Cosmos: Possible Worlds, Ann has spent her life sparking curiosity and wonder about the universe and our place in it.

Ann and Carl's daughter, Sasha Sagan, is the author of the new book For Small Creatures Such As We, a lovely, inspiring memoir exploring the intersection of science and spirituality in a secular home. The title is from a quote found in the pages of Contact, a novel written by Ann and Carl: "For small creatures such as we the vastness is bearable only through love." Like her parents, Sasha has the passion, wisdom, and talent to simultaneously instill awe, hope, and skepticism through her creative work.

The conversation, hosted by the Jewish arts and culture organization Reboot, takes place at 2:30pm PT / 5:30pm PT. Pre-register on Zoom and Facebook Live. From the event description:

The Interplay of Science and Ritual in a Time of Flux

Over the eons, our relationship to science and ritual has been inextricably linked to our understanding of our place in the universe. Join Emmy Award-winning writer, director, producer Ann Druyan and her daughter, author Sasha Sagan, in conversation with Boing Boing co-founder David Pescovitz to talk about emerging philosophies that can provide hope as we struggle to adjust to our new normal on Earth.