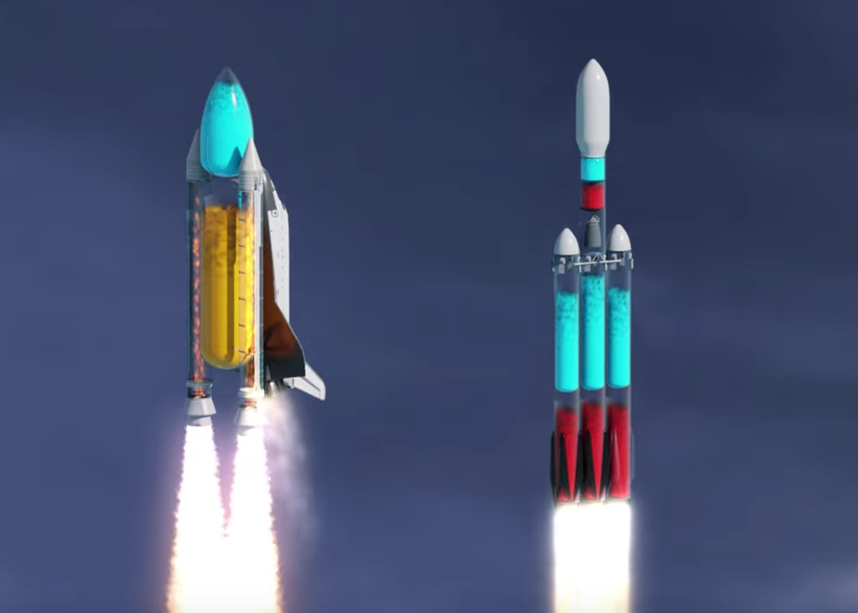 If you're as ancient as I am, you might remember that awesome line of Revell "Visible" model kits: The Visible Man, Visible Woman, Visible V-8, Visible Mustang, etc. These see-thru models were a fun way to teach kids what lies beneath the surfaces of biological and mechanical worlds. I loved these kits!

Now, thanks to the wonders of modern desktop animation, we have this video of four transparent rockets showing engine burn and staging, from launch to orbital insertion.

In most approaches to convert light into electricity, shadows are a bummer. Now though, researchers from the National University of Singapore (NUS) devised a shadow-effect energy generator (SEG) that scavenges electricity from the contrast between light and shadow. “When the whole SEG cell is under illumination or in shadow, the amount of electricity generated is […]

Once you run out of toilet paper–and you will–make sure you keep the empty rolls so you can try making fantastic molecular models! Physicist and 3D software engineer Ricky Reusser flattened and linked the cardboard tubes into models of buckminsterfullerene and carbon nanotubes! He’s even written a software simulator so you can keep making these […]