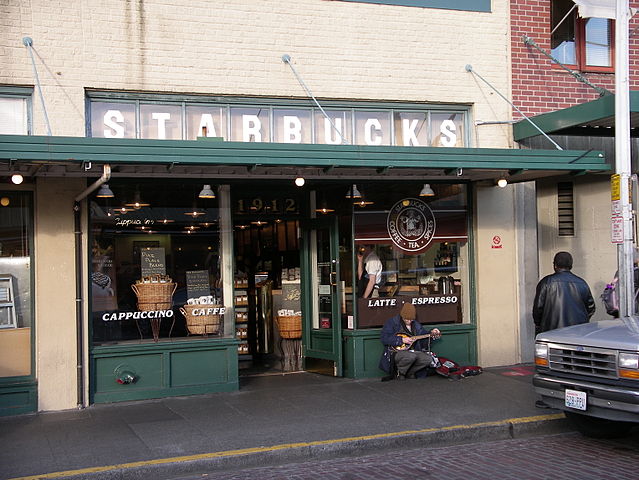 Starbucks felt pretty confidant on May 4, when CEO Kevin Johnson posted on its website that Starbucks “will not just survive, but with adaptations and new routines, it will thrive.” But a day later, the company's COO Roz Brewer sent a letter to its landlords that said, “Effective June 1 and for at least a period of 12 consecutive months, Starbucks will require concessions to support modified operations and adjustments to lease terms and base rent structures.” Well, demanding reduced rent for one of the world's largest coffee restaurant chains is one way to thrive.

According to The Seattle Times:

Starbucks wants landlords to give it a break on rent for at least a year as coronavirus social-distancing measures batter sales at the Seattle-based global coffee chain...

Starbucks demanded the rent relief one day after the company announced it would reopen 90% of its 8,900 company-owned U.S. stores by early June. In a May 4 post on Starbucks’ website, President and CEO Kevin Johnson wrote that Starbucks “will not just survive, but with adaptations and new routines, it will thrive.”

The letter to landlords struck a more dire tone, asking them to “adapt to new realities” — including an anticipated $225 billion hit to the American restaurant industry over the next three months.

The company called the closure of many businesses to slow the spread of the novel coronavirus “a staggering economic crisis,” adding that “the psychological and economic scars will last for months, if not years.”

Details about how much of a rent reduction and which specific locations would get the reduction haven't yet been hammered out.

Starbucks has apologized after two Riverside County sheriff’s deputies reported that baristas ignored them when they waited to place an order. This comes just a couple weeks after an Oklahoma Starbucks employee was fired for printing the word “PIG” on a police officer’s hot chocolate order label (above). And back in July, a Starbucks barista […]